By Jonathan Gardner on September 25, 20142 Comments 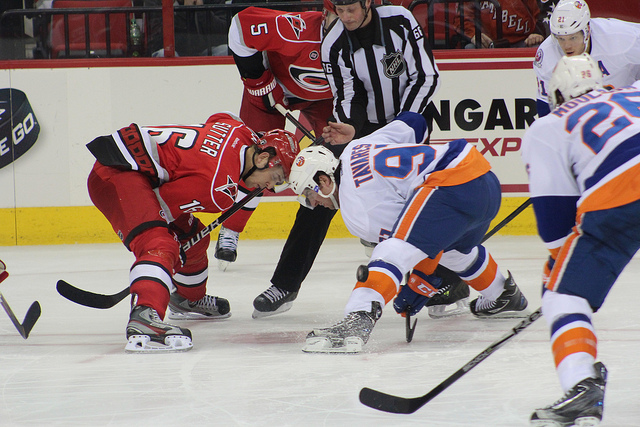 With only a few weeks before the start of hockey’s regular season, the Guardian Liberty Voice will be taking an in-depth look at the 30 organizations, one for each day. Today, 30 in 30 will look at the New York Islanders. The Islanders seem right on the edge of breaking through into a truly competitive hockey team. They certainly seemed like threats only a couple years ago, when they gave the Pittsburgh Penguins all they could handle in the 2013 Stanley Cup playoffs. However, they suffered a set back last year when the team finished 14th in the Eastern Conference. This year, the organization has their sights set on getting back on track.

Last Season – Injuries were the name of the game for the New York Islanders last season, and it ultimately left them well below their expectations at the beginning of the year. Though the Islanders survived October with a 4-5-3 record, they lost one of their top defenseman in Lubomir Visnovsky to a concussion, which kept him out for 39 games. However, the season took a turn for the worst when New York lost goaltender Evgeni Nabokov to a groin injury on November 16. Without their starting goaltender, the Islanders went into a tailspin, losing 10 straight games before winning a game against the San Jose Sharks shortly before Nabokov’s return to the lineup.

This would not be the only major injury the New York Islanders would deal with last season, as captain John Tavares missed the last two months of the season with MCL and meniscus tear in his knee. This was an especially devastating blow to the Islanders’ offense, as Tavares was third in league scoring at the time of his injury with 66 points in 59 games.

The Offseason – General manager Garth Snow made it clear that the New York Islanders only need a slight adjustment to their roster, despite the 14th place finish, and he worked the offseason with that in mind. A healthier Tavares and some development to their young talent would do more for the organization than overpaying for a free agent ever would. However, that does not mean Snow did not address some of the more concerning holes in the roster.

No doubt with the result of last November in mind, New York signed goaltender Jaroslav Halak to a four-year, $18 million contract extension after acquiring his rights in May. Halak should be an improvement in net for the New York Islanders, though how much of an improvement will be the real question. Nabokov, when healthy, was not a poor goaltender for New York, but it was obviously time for a change in net.

To fill out some forward depth, the Islanders also signed center Mikhail Grabovski and winger Nikolai Kulemin to four-year deals. Neither player had a very impressive season last year, but they were not put in the best situations to produce. On the Islanders, that should not be an issue. Though the contracts are for four years, it is very much a low risk, high reward situation for New York.

What to Watch for Next Season – The Islanders have playoffs on their mind, and many players are making it clear that the “now or never” mindset has taken a hold of the lockerroom. Defenseman Travis Hamonic said he and the rest of the organization are sick of missing the playoffs, that they want to be back in the playoffs and pushing for a championship. He said it is something the organization honestly believes they can accomplish.

Hamonic will be a part of a New York Islanders defense that looks a bit shaky on paper. Though the team does not have a true top-pairing defenseman that will stand out and take over a game, they have a solid core of second pairing defenseman that can play like a top defenseman in the right conditions. Getting Visnovsky back will help, but losing Andrew MacDonald to the Philadelphia Flyers might have a bigger affect on the team than they would like to admit.

John Tavares has been the heart and soul of the Islanders since he was drafted first overall back in 2009. He should be fully recovered from his knee injury last year, and with more depth on the forward corps, the league could see a full season of the dangerous forward that seemingly gets better and better every year. If he remains healthy, expect him to put up a point-per-game pace or better by the time April comes around.

This season will also be the final season that the Islanders will play in Nassau Coliseum on Long Island. Starting in the 2015-2016 season, New York will play their home games at the Barclays Center in Brooklyn. Though the Islanders have a lot of good memories in Nassau, including the dynasty run in the 1980s, the organization wants to make sure that they leave Long Island on a high note. For that to happen, the New York Islanders will need to recover from the set back they suffered last year.

Tomorrow 30 in 30 and the Guardian Liberty Voice will take a look at the Eastern Conference Champions, the New York Rangers. Yesterday, the New Jersey Devils‘s season sans Brodeur was examined.