Travel by Approximation is a New Artistic Trend 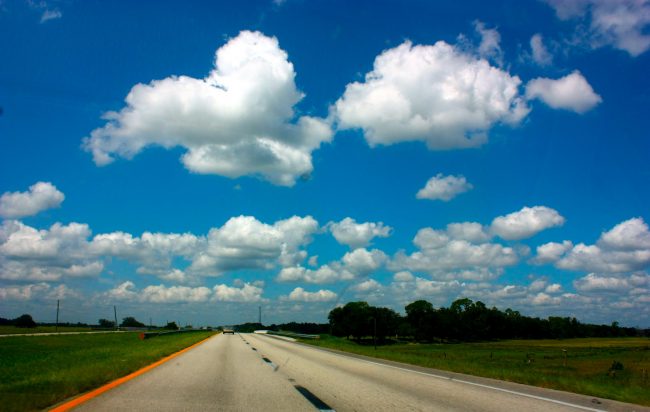 Probably everyone understands that what we post on the social media is generated by the need to impress others, be liked and be popular, but to show the downfalls of this a Dutch artist and an American photographer have begun a new artistic trend, called “Travel by Approximation.” Everyone believes they had that great vacation, but in truth they never actually left home

It may have been done before, but the first example of this trend in the media has resulted in a photo book by Jenny Odell, titled “Travel by Approximation: A Virtual Road Trip.” It all began when Odell was planning and sourcing information for a real road trip that she wanted to take. In the process, a great idea came to her and using various online resources, including Google Street View, travel review websites and the various photographic databases available on the Internet, she went a huge step further and put together a very realistic and complex one-year road tour of the U.S.A.

She took the information from the various websites and Photoshopped herself into appropriate scenes of the various destinations, even getting the lighting and clothing right. She kept everything as realistic as possible in terms of distances, mileage, food and accommodation and only virtually “drove” a certain and believable distance each day.

The whole project reportedly took two months to complete and when reading the book and viewing the photos it is actually possible to believe that Odell had quite literally “been there and done that.”

Whether Odell actually got around to the original planned road trip, however, is unknown.

The next to take up the cause was a Dutch artist by the name of Zilla van den Born. The artist wanted to show people just how far people go on the Internet to manipulate and filter their actions, and how people literally create an online life to suit the way they want others to view them.

In a project known as “social media performance art” with maybe a touch of “travel by approximation,” van den Born continued the artistic trend by fooling all her online friends into believing that she had taken a nice long vacation.

In fact she convinced them she took a five-week-long trip away in various areas of southeast Asia, all the while never actually leaving Amsterdam.

The way she did it was to post all the appropriate gushing updates on Facebook, along with very convincing photos of her travels. Some of them were easy to produce, like the image included above showing her visiting a Buddhist temple and another of her eating sushi with a big smile on her face.  She also photographed a whole delicious spread of Asian food.

Only thing was, all these images were taken back home in Amsterdam. She even managed to publish a great photo of herself scuba diving in “tropical waters,” but here she did, admittedly have to add in a few tropical fish.

Anyone interested in seeing all the various photos and scenarios involved can visit van den Born’s Vimeo video channel which is linked below.

Having completely fooled all her friends and followers on the social media, van den Born went on to explain that when we take vacations these days, it is literally a case of a series of status updates on the social networks, followed by photos of our travels, comments and “likes,” but all the while travel has now become an empty commodity, something to post on our timelines and networks, to attract “likes,” shares and comments.

Van den Born went on to say that the main aim of her art project was to show everyone just how easy it can be to distort reality. She said that everyone knows that images of models and film stars are manipulated with Photoshop to show them at their best, but that people forget that they also manipulate their own reality when portraying their lives online. This includes their everyday activities up to and including the idea of travel by approximation, which is now becoming the latest artistic trend on the Internet.

9 Responses to "Travel by Approximation is a New Artistic Trend"