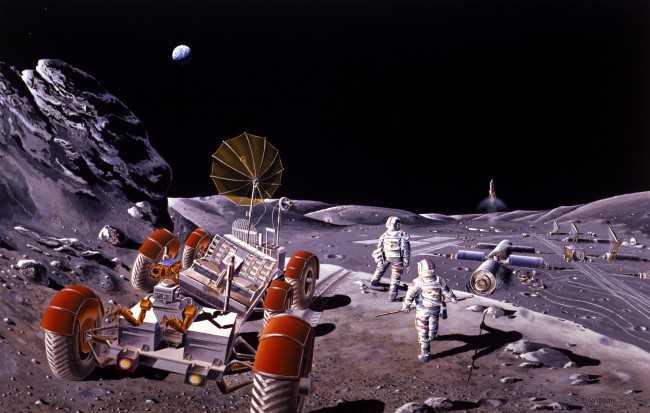 A new travel report says that people on Earth will be vacationing on the Moon by 2024. The research was released by the travel search company Skyscanner, which is based in the U.K. and it wanted to release some answers over questions individuals had about future travel. The company just released their newest report entitled The Future of Travel 2024. In it, they predicted supersonic airliners that will permit passengers to travel from Sydney, Australia to London in only a two-hour span, a voyage that presently has many layovers.

Traveling to the deepest ocean depths will become just as ordinary as taking a trip to the beach. There will also be underwater hotel suites, such as the Atlantis Hotel, located in Dubai. Heading the opposite way will not be only for billionaires. The report stated that trips to space will be the hottest ticket going and commercial airlines will line up to make the vacation more affordable. Developments include colonies starting up from companies known as SpaceX and also The European Space Agency.

As business compete for the public’s attention and money to take them to space for vacation and also space flights, Gareth Williams, who works as the CEO of Skyscanner, predicted there will be extended stays on the Moon by 2024. He explained that he thought the habitation of Mars would come to realization after space travel was ever cheap or common enough to be affordable by the majority of people.

However, the report stated that the hotels of the future would be able to give instant relief to those jet lagged travelers who could afford it, by dousing them with Vitamin-C permeated showers and personalized room lighting so the vacationers would be able to be at his or her best as soon as possible.

It is not surprising that Skyscanner believes Moon vacations will have become the norm in 2024. Sir Richard Branson’s  space traveling projects have been plagued by endless delays but it is believed they will be ready by that time. It was only last week he declared that test flights would be started up by the spring of 2015. Several other companies in the space tourism market hope to begin taking travelers 20 miles up in the atmosphere using an extremely high-tech helium balloon. A 2016 launch date was set up back in 2013.

Due to technology advances, the experience for hotel guests in 10 years’ time will be extremely different from today, claims the report. It states that vacationers will not have to encounter any other human beings from the time they come into their preferred hotel to the time they decide to check out. This is because hotel software will look at a guest’s social media profile in order to book him or her a certain type of room in which everything will be specifically set up. Guests will be delivered several lists of options showing them what they can do, restaurants where they would most like to dine and their preference of theater or other type of performances they might like to watch.

It has even been suggested that hotel rooms may start monitoring guests’ blood sugar levels and also provide free dietary aid advice. The report added that even showers could use some advanced technology to literally whisk away the dirt from people’s bodies. If all this appears to be somewhat far-fetched, it should be noted that several rooms at the MGM Grand in Las Vegas already contain lighting inside their rooms to battle against jet lag and have showers with water infused with Vitamin C. The research report was sent out just ahead of World Space Week which takes place during the week of Oct. 4 to 10. The travel report stated that people on Earth would be taking trips to the Moon by 2024.