Universe May Be an Illusion or Hologram 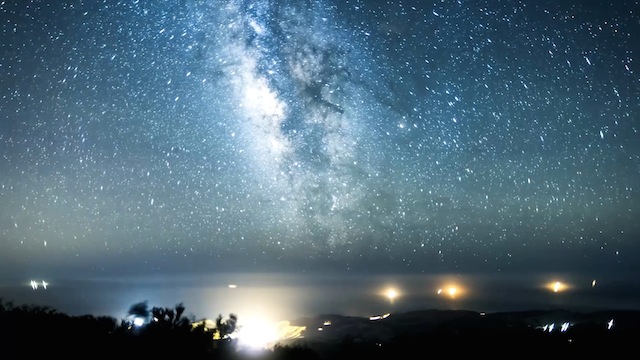 Physicists and others have debated for decades whether or not the universe we perceive is actually an illusion. Some say that, just perhaps, all that humans perceive is a hologram, or a three-dimensional hallucination from a two-dimensional existence.

A parallel could be a lenticular postcard. Such two-dimensional prints have a layer of plastic, vertical stripes (or lenses) over them that create a holographic illusion to the human eye that the printed image is actually three-dimensional. This generally parallels what some scientists speculate could be the basic nature of our world, a two-dimensional surface projecting a three-dimensional illusion.

To find out if the universe is a hologram, scientists at the U.S. Department of Energy’s Fermi National Accelerator Laboratory have powered up their exotic holographic inferometer, or Holometer. The results of the Fermilab E-990 experiment could indeed indicate that the nature of the universe is holographic. Coming close to an answer has been very difficult, following the allegory of “if you live in a bubble how would you know?”

Led by particle astrophysicist Craig Hogan, the Fermi team of 21 will be looking for what they consider to be evidence of such a universal construction, for evidential “quantum jitters” in space-time itself. Hogan said in a news release that if such evidence is found “… it will completely change ideas about space we’ve used for thousands of years.”

Inferometers are instruments used widely in industry and science to measure small displacements. The Holometer is constructed of two such devices that each fire a one-kilowatt laser at a beam splitter, and then, after traveling down two 130-foot perpendicular ramps, reflects the beams back to the splitter for recombination. If it is recorded that the splitter has moved slightly, it would be due to a shakiness in the space-time continuum. Such shakiness could be evidential of a holographic universe.

The Holometer detects differences of less than a millionth of a second, even after compensating for the effects of radio noise and physical motion at the lab. Project Manager Aaron Chou said that any noise the scientists are not able to filter out might be a detection of “something fundamental about nature — a noise that is intrinsic to space-time.” If the experiment is positive, it “will open a whole new avenue of questioning about how space works.”

If such positive results are recorded, they could be evidence of the higher dimensions (sixth or seventh) string theorists talk about. Such higher dimensions will also be sought next year when the Large Hadron Collider in Europe is fired up again. Traditionally, our universe has been seen as having four dimensions: three spatial dimensions with time being the fourth.

Those working on the idea of a holographic universe bring in the study of black holes. There is a suggestion in black hole research that all of the information contained inside black holes could be coded on the two-dimensional surface of its event horizon (or the boundary around a black hole beyond which no light or other radiation can escape.) It could well be, they say, that everything in the universe is actually encoded in tiny packets on a two-dimensional surface. Projecting forward, it could be possible that all of the universe could be thus constructed: Not unlike a lenticular print, such a cosmic two-dimensional surface (one that has length and width but no depth) could feasibly “encode” all of the information of three-dimensional space. Such a concept would bring quantum mechanics and gravity together, one of the most substantial challenges for contemporary theoretical physicists. Indeed, Hogan reiterated that figuring out how space-time is put together “is a pretty big deal.”

If the universe is indeed a hologram, then space-time should be constructed of two-dimensional “pixels,” not unlike those that create the image of the words the reader sees now on screen. Hogan points out that, on a large scale, television images appear three-dimensional and smooth but, when the screen is viewed closer and closer, “you can tell that it [the image] is flat and pixelated.” The closer one looks at a computer or television screen, the more the image becomes visually disassembled and seen more and more as individual bits. In a similar way, Fermi’s Holometer looks for bits on the Planck scale, where a “pixel” is approximately 10 septillion (or 10 to the 25th) times smaller than an atom. If the theory holds, pixels at that scale would jitter. This would be as explained by the uncertainty principle, which says that the act of measuring of one of two related quantities – like time and energy or momentum and position – actually creates uncertainties in the measurement of the other.

In summary, Fermi E-990 is seeking to determine the limits, if any, of the universe’s ability to store information. Now that the Holometer is up and running, the search for holographic noise has begun, although the delivery of actual, verifiable data could take years. Hogan said that most of the time during those years will be spent actively investigating “all the possible sources of noise.”

13 Responses to "Universe May Be an Illusion or Hologram"