Apple CEO Tim Cook Is Proud to Be Gay 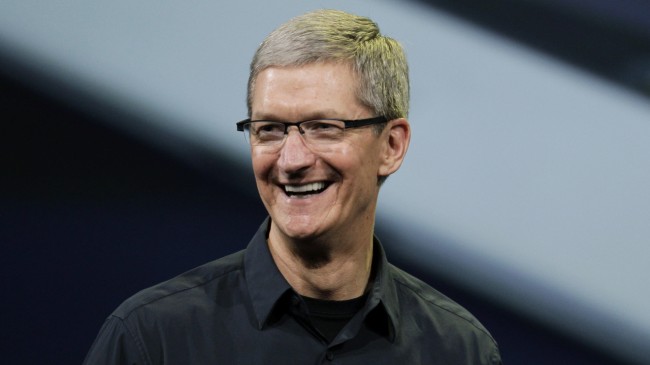 Over the past few years, Apple CEO Tim Cook has taken a number of strong positions in favour of lesbian, gay, bisexual and transgender (LGBT) rights, but he never chose to discuss his own sexuality. However, on Tuesday, Cook said that he is proud to be gay and by finally revealing his sexuality, he immediately became the most prominent openly gay business executive.

According to Cook’s statement in Bloomberg Businessweek, Apple CEO said that throughout his professional life, he tried to maintain a basic level of privacy. Since he comes from humble roots, Cook was never seeking to draw attention to himself. Tim said that he likes to keep the focus on Apple products and the incredible things their customers achieve with them.

At the same time, Cook admitted that he deeply believes in the words of Dr. Martin Luther King, who said that life’s most persistent and urgent question is: ‘What are you doing for others?’ Apple CEO often challenges himself with that question and he has come to realize that his desire for personal privacy has been holding him back from doing something more important and this is what led him to today.

For years, Cook was open with several people about his sexual orientation and many of his colleagues at Apple know that he is gay. According to Tim, it does not seem to make a difference in the way they treat him. However, he admitted that he has a good fortune to work at a company that loves innovation and creativity and knows that it can only grow when people’s differences are embraced. Cook realizes that not everyone is so lucky.

While Cook never denied his sexuality, he never publicly acknowledged it either, until now. Tim wrote that he wants to make it clear that he is proud to be gay and he considers being gay among the greatest gifts God has given him. According to Cook, being gay has given him a deeper understanding of what it means to be in the minority and it also provided a window into the challenges that people in other minority groups deal with every day. It has made Tim more empathetic and that led him to a richer life.

Cook also said that he does not consider himself an activist, but he realizes how much he benefited from the sacrifice of others. Furthermore, Tim wrote that if hearing that Apple CEO is gay can help someone struggling to come to terms with who he or she is, or inspire people to insist on their equality, or bring comfort to anyone who feels alone, then it is worth the trade-off with his own privacy.

Apple CEO admitted that coming forward was not an easy choice and because his privacy remains important to him, he would like to hold on to a small amount of it. Tim concluded his letter by saying that when he arrives in his office each morning, he is greeted by framed photos of Robert F. Kennedy and Dr. King, however, he does not pretend that writing this letter puts him in their league. All it does is allow Cook to look at those pictures and know that he is doing his part, however small, to help others.