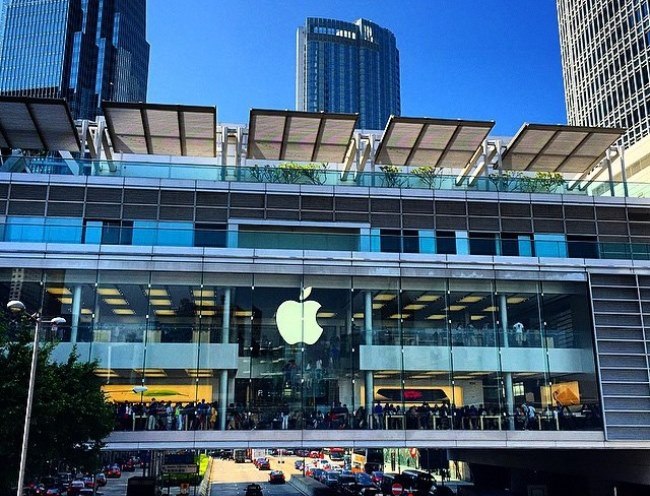 Apple Inc. announced the coming of Apple Pay on Sept. 9, 2014, and launched the new technology today, Oct.20, 2014. It may take some time for retailers to come around with regard to this new method of payment, but company executives are excited about the possibilities. In a press release about the launch, dated Oct 16, they announced that iPhone users can begin using this new payment platform on Oct. 20. Numerous retailers are already onboard with the new technology, while others are taking a wait and see approach. The company feels that using Apple Pay versus traditional credit or debit cards will attract more cellular users.

According to their statement, Apple Pay offers its users significant advantages versus simple credit or debit card or purchases. Identity theft, from hackers stealing credit and debit card information is on the rise, and company executives describe the new platform as an, “easy, secure and private way to pay,” adding that its ease of use is as simple as, “a single touch of your finger.” The security issues that plagued credit and debit card users in the past will not be brought to bear on users of the technology, as personal data like card numbers, security codes and even the users name will not be displayed to retailers.

So while standard issue credit and debit cards currently exhibit this private information, Apple Play does not, and users won’t have to worry about displaying their personal information, because “cashiers will no longer see your name, or credit card number” said Apple’s Senior VP of Internet Software and Services, Eddy Cue, adding that this method of payment will help, “reduce the potential for fraud.” Cue also indicated that the response to the new payment platform has been overwhelming.

The top three credit and debit card payment platforms have all signed on with this payment platform, including Visa and Mastercard as well as American Express. Additionally, the U.S. and World banking industry is onboard with this new technology, with top producers Wells Fargo, Citibank, Capital One and Bank of America leading the way, among others. As many as 500 smaller banks and credit issuers have been added to the system.

Initially, only users of the iOS 8 operating system can access this service. Those platforms include the iPhone 6 and iPhone 6 plus. Apple Watch is also being added to the mix, which will allow users with the iPhone 5, iPhone 5c and iPhone 5s models to access this payment method. This technology will be available to these users through a free update of the iOS 8 operating system, with API’s being offered to app developers having purchasing platforms within the iOS 8 software. Users of the newest products the company offers, iPad Air 2 and the iPad mini 3, will also have access to the platform, through the use of apps.

Not everyone is enamored with this new payment platform, especially some merchants. Currently, the rewards card craze dominates retail spending. Merchants and retailers across the globe use this personal and product purchase information to drive sales, advance inventory objectives and provide a more “personal” and friendly approach to retail sales.

Consumer usage of Apple Pay versus standard credit or debit cards will afford the user some anonymity, which will then be lost with the swipe of the rewards card. Apple Pay privacy protocols won’t allow for this personal data to be displayed to the cashier or the merchant. Some retailers feel this is unacceptable, and are trying to push the company to modify these privacy protocols.