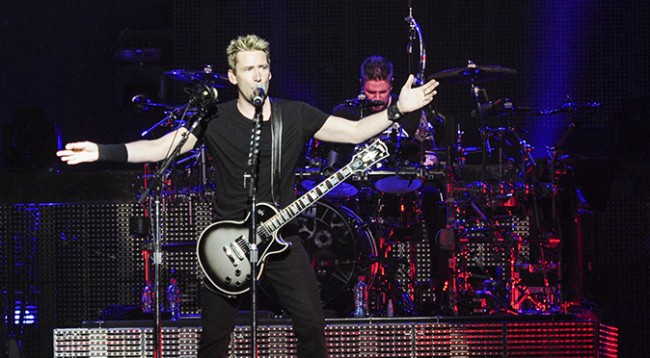 The campaign to ban Nickelback from London has been dismissed by the band. However, frontman Chad Kroeger did commend the efforts, and praised the haters because it put the band back in the press. He laughed stating that it is due to haters that the band is still around today.

Many bands may have worried about hearing people want to ban them from a country. However, for Nickelback it has been fun. Craig Mandell, a copywriter in London, started a campaign on Kickstarter to stop the Canadian rock band from performing anywhere in the United Kingdom. A number of music news companies joined in with the fun, as well as various members of the public.

Mandell wants to raise $1,000 for the campaign, but at a third of the way through is at just $282. Now, the copywriter has been forced to do more promoting on Twitter, creating the hashtag Dontletnickelback.

Kroeger spoke on The Pulse of Radio and admitted that the controversy surrounding the band has kept it going. He admitted that they would have likely failed, at least in the U.K, had the critics just stopped writing anything. It adds some truth to the saying “no press is bad press.”

Mandell has responded to the interview, and would now like the band’s fans to join in. However, he seems to have missed the point that the ban Nickelback campaign has been dismissed by the band.

The London copywriter says that since Kroeger “loves” the campaign, the fans should put money towards it. He claims that by not supporting it, it is going against Nickelback. However, this does not seem to be working, as the deadline of November 3 gets closer, and the total is still over half way away.

The new album from Nickelback will be released in Europe on November 17, and in Asia and the Americas the next day. There will then be a tour, which is something that Mandell wants to stop. His reason is because he does not like the band’s music.

The campaign has been the opposite to one successfully completed by Mandell’s friend Andrew Goldin. He wanted to get the Foo Fighters to Virginia’s Richmond and it worked. There is also a campaign to bring the Foo Fighters to Cornwall, which reached the $242,000 mark within the first two days. The problem will now be getting the band to agree to this.

Of course, the crowdfunding campaigns can only go so far. In the event of Mandell raising enough money to prevent Nickelback from performing in the U.K, all venues around the country would have to agree to this. The band would also need to agree to not taking a gig if it was offered, and the chances of that happening are slim. This is why Nickelback—and more specifically Kroeger—has dismissed the ban the band campaign.