Bonnie and Damon May Return Home on The Vampire Diaries 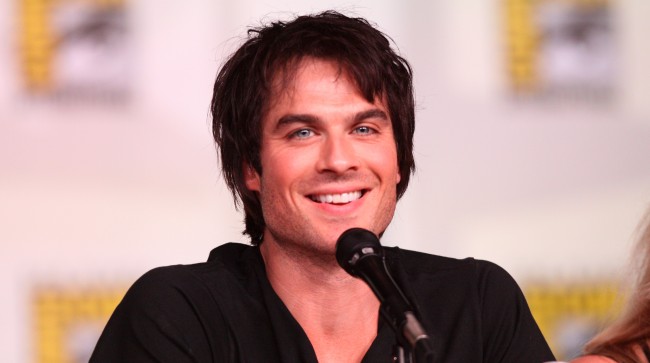 The Vampire Diaries fans may be happy to know that Bonnie and Damon may return home during this week’s episode. The episode seems to focus on them according to recent reports, and it seems the two may be on friendly terms when it comes to getting back to present-day Mystic Falls.

The question for many fans is whether it is too late. Elena has been compelled to forget she ever loved Damon, and even Stefan has not convinced her to ask Alaric to remember it all again. She read the note past Elena wrote to her, convincing her to forget all about it for now. Damon will be upset when he gets home to find out what she has done. However, there must be some pride there. Her love for him was so strong that forgetting about him was the only way to move on.

Of course, there is no guarantee that Alaric will be able to undo the work he did. Right now, Elena feels a disdain for the older Salvatore brother. She remembers him breaking Jeremy’s neck on The Vampire Diaries, without realizing that Jeremy was wearing the ring that brings him back to life. Could that disdain be too much, and will Elena have to learn to love him again? Will she turn back to Stefan after all this?

There are no guarantees that Bonnie and Damon will return home on The Vampire Diaries yet. While Kai has the spell, Bonnie is not certain that she can do it. There are a few reasons for that, but the main one is Kai’s sociopathic tendencies.

There is also the question of whether Bonnie is powerful enough to break a spell cast by a whole coven. Will she be able to get all three of them back to present-day Mystic Falls, or will someone get left behind? Poor Bonnie may be the one who gets left behind, despite Damon presumably trying everything to get her back.

On top of all that, it seems like Elena is already moving on. It does help that she has been compelled to forget about her love for Damon, but he may get there when it is too late. Images from episode seven of The Vampire Diaries show Elena and Liam talking and it looks like she could be interested in him.

The episode synopsis says that Damon will have a new reason to have some hope, but it is not clear in why he needs hope. Is he still trapped with Bonnie at this point, or has he returned to find out people have pretty much forgotten about him and moved on?

This week’s episode is mostly a focus on Damon and Bonnie as they work out what to do and how to do it. There is also the same fun banter between the two characters. The question many fans want to know is whether Bonnie and Damon will return home on this week’s episode of The Vampire Diaries.