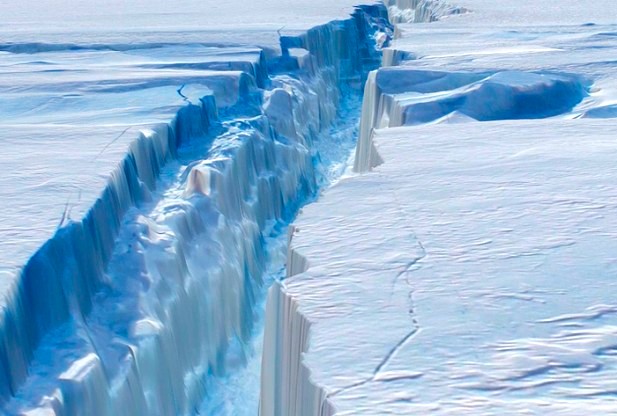 Some of the most extreme heat waves of 2013 were caused by climate change, according to a new report from the Bulletin of the American Meteorological Society. Specific events last year that the studies in the report link to climate change include heat waves in Europe, Australia, China, Korea and Japan.

Other events, like heavy rainfall or droughts, were not as obvious and specific linkages were most clear around extreme heat events. One of the studies, which analyzed five such events, reported “overwhelmingly” that climate change caused by humans is indeed influencing temperature.

The report is a compilation of the work of 20 research groups that looked at the the reasons behind 16 specific extreme heat events in 2013 on four continents. Explaining Extreme Events of 2013 from a Climate Perspective states that the risk for extreme heat waves was greatly increased by human-caused climate change factors.

Several of the groups looked at two of the events: The warmest year ever recorded on the continent of Australia and a drought in the U.S. state of California. This cross-examination was an opportunity to compare the advantages and disadvantages of various observation methodologies. The report said that agreement about the role played by anthropogenic factors in climate change was “considerable.”

One of the four authors of the report was the director of the National Oceanic and Atmospheric Administration’s (NOAA) National Climatic Data Center in Asheville, North Carolina, Thomas Karl. He pointed out the complexity of such extreme weather events and also that their onset and continuation are influenced by multiple factors. Because variability is present in any weather pattern, identifying one or more specific human impacts is not always within the scope of such studies, he said.

Another co-author is Martin Hoerling, a research meteorologist for NOAA. He clarified that the intention of the publication was not to look at whether or not global weather was influenced by climate change but how. He said their desire was to “quantify the influence.” An annual climate report of this type has been published twice before.

Three U.S. science teams involved contributing to the report studied a drought in California, one that continues to effect that U.S. state. They concluded that human factors were not an influence on drought conditions. Although a direct link could not be made to a lack of rain, Noah Diffenbaugh, a climatologist with Stanford University, said that the atmospheric conditions that are part of the drought are “very likely” connected to human-caused climate change.

Nevertheless, the report does say that extreme global rain conditions have “increased significantly.” Specifically, every 1 degree Celsius (1.8 degrees Fahrenheit) rise in global temperature is said in the report to be responsible for a median 7 percent increase in precipitation. “The best estimate suggests that human influence has intensified annual maximum one-day precipitation by 3.3 percent on average, corresponding to a 5.3 percent increase in one degree [Celsius] in global mean temperature,” it said.

Peter Hoeppe of Munich Re, the world’s largest reinsurance company, cautioned that the analysis of the events over the course of just one year carries a risk that it may be an extreme year, one in which extremes could have happened the affects of climate change. He believes that only a study of 30 years or more would provide statistics that could point to a robust conclusion. Most climatologists agree that the most destructive effects of climate change will be seen well before that.

A large set of exhaustively reviewed scientific studies have produced a list of possible effects of climate change. There is no certainty about any one possibility, but almost all of Earth’s climate experts agree that the impacts listed below are more likely than not.

If humans manage to get a moderate start on curtailing greenhouse gas emissions, a 2 to 3 degree Celsius (3.4 – 5.6 degrees Fahrenheit) rise in global temperatures is forecast nevertheless. The following are the likely consequences of this most likely scenario:

The average temperature of most places on Earth will continue getting warmer, especially in the winter and at night. Sea levels are expected to continue rising for many centuries to come. When, in Earth’s history, the climate was 3 degrees Celsius warmer than it is now, sea levels were at least six meters (20 feet) higher. Under such a “median” scenario, coastlines that would be drowned include low-lying, heavily populated areas like Shanghai and New York.

Scientists say climate change will bring  more extreme heat, stronger floods, and droughts will continue to be witnessed. Forests and agriculture could benefit, at least in the first few decades. Untold species will either shift their ranges or become extinct. Tropical diseases should continue to propagate. The world’s oceans will continue their current trend of greater levels of acidity, killing coral reefs and damaging or destroying fisheries. Most scientists agree that most or all of these “median” effects will occur; disagreement exists only as to the extent.