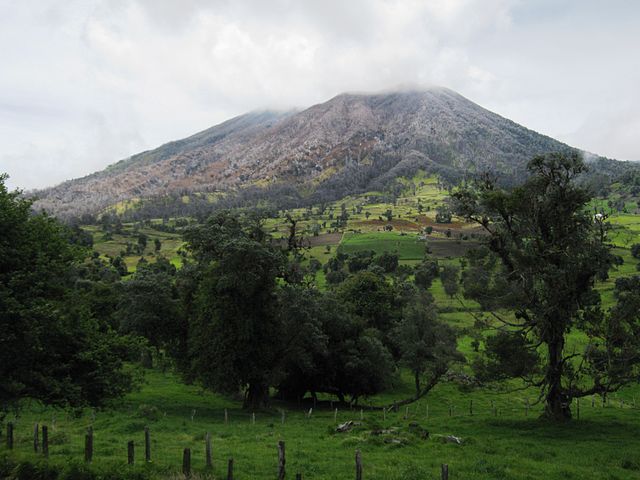 The Tico Times reported ash from the unexpected eruption had reportedly reached as far as Alajuela, which is about 50 miles from the volcanic national park, which is also reported closed and on yellow alert. The National Emergency Commission (CNE) has also reportedly evacuated 11 people in areas located close to the volcano. Areas surrounding the volcano have been somewhat deserted for some time, The Tico Times stated.

The Tico Times also reported that experts from the University of Costa Rica and the National University had also monitored a rise in tremors on Wednesday night. At 11:10 P.M., they recorded a phreatic type of explosion which is mostly steam and bits of rock, but can contain poisonous gases. A volcanologist named Carlos Ramirez stated the eruption appeared to contain magma, rocks, and ash as of Thursday morning, The Tico Times had stated. The eruption reportedly may have also merged two craters together, according to Inside Costa Rica.

As of 11:20 A.M. local time, The Tico Times reported the Civil Aviation Administration had issued all airplanes a warning to avoid the area. They are to avoid a 20 mile radius and altitude of about 19,000 feet. So far there are no reports of grounding of any flights in nearby areas, although this reportedly can change.

The Turrialba Volcano in Costa Rica is erupting after 150 years and reportedly has not erupted with lava since around 1863, a volcanologist named Raul Mora was reported telling news stations. According to Business Insider, it had erupted with ash back in 2010 and appeared to awake from dormancy around 2006. Authorities had limited access to the area after 2010.

Inside Costa Rica reported Red Cross members were the first to report around the volcanic area to make sure nearby residents were not rattled by the eruption. They reported people were “visibly shaken up,” but there were no reports of  injuries or damage. Red Cross members handed out masks as a precautionary and had prepared an evacuation plan in case it was needed.

The Costa Rica Star reported most residents near Turrialba Volcano and a couple of other volcanoes are under a green alert. Jaime Lopez stated the green alert is an indication that injury and damage are possible to life and property. The alert is to remain in place until geologists can determine when the volcanic activity has subsided to a safe level.

The Turrialba Volcano has not been erupting as strongly as it did 150 years ago, but that can change since magma was reportedly seen by volcanologists. Thin layers of ash was also reported to have fallen as faraway as Alajuela, which is about 84 k.m. or 50 miles away from the volcano area. Activity was reported remaining constant as of the morning of Thursday, Oct. 30

One Response to "Costa Rica Volcano Erupting After 150 Years"