Diabetes Mellitus blood glucose (BG) levels are a problem for most type 2 diabetics, but studies suggest that they can be controlled by following a LCHF diet plan. LCHF is an acronym for the Low Carb High Fat way of eating. This dieting plan has under gone a lot of scrutiny in recent memory and rightly so.

Until recently, there were only two accepted methods of weight loss. One by limiting your caloric intake, and the other by limiting your fat intake. Fat intake has been a cause for concern for doctors and scientists alike, because of concern for serum cholesterol levels. It was thought that a diet high in dietary fat caused high serum cholesterol levels, and with that Coronary Artery Disease.

One of the many things to come from this debate about dietary fat is exactly what type of fat specifically might be bad for your overall heart health. Surprisingly enough, it has been determined that there are actually good fats that should be included in your daily diet regimen, along with a list of dietary fats to be avoided. Saturated and polyunsaturated fats have been targeted as the big offenders in the past, but that theory is changing.

According to a study published in May 2013 in PubMed, division of NIH, dietary fat has been shown to have a minimal effect on serum cholesterol levels, because of other contributing factors that drive adverse health effects related to CAD and atherosclerosis. This is good news for diabetes mellitus sufferers. The accepted train of thought was that the mechanism behind dietary fat leading to CAD was this; dietary fats along with circulating cholesterol in the blood stream raised a persons total cholesterol levels, along with their LDL cholesterol levels. These increased LDL levels were thought to become oxidized in the blood, attaching themselves to the intima of the artery, creating atherosclerosis. Atherosclerosis leads to CAD, and plaque deposits on the intima (the innermost lining of an artery) create occlusions in the arteries. These blockages restrict blood flow to the heart muscle, which in turn can lead to a Myocardial Infarction, (MI) more commonly referred to as a heart attack.

“Blaming saturated fat for causing atherosclerosis is akin to blaming your barber because you’re going bald,” said Martin Shannon, President and CEO of T2D Coaching, an online type 2 diabetes mellitus help site. “The enemy of any diet and weight loss program is carbohydrates, not fat, and more so for those with type 2 diabetes mellitus. All carbohydrates are turned to glucose in the human body, and they continue to circulate in the T2 diabetics’ blood stream because of insulin resistance and the decreased action of the beta cells in the pancreas. This eventually leads to the constantly circulating glucose being stored as fat.”

Essentially, that is the mechanism by which those with T2 diabetes mellitus can become overweight and obese. “A diet high in carbohydrates only exacerbates the problem,” said Shannon, “For the person with type 2 diabetes mellitus, removing as many carbs as possible from their daily diet is the key to weight loss and overall heart health.” 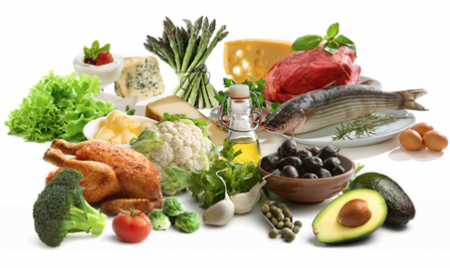 Controlling your blood glucose is a fact of life for anyone with type 2 diabetes mellitus, and Shannon is a devotee of the LCHF way of eating (WOE). “Restricting carbs is the quickest and most comprehensive method of losing weight and controlling your blood glucose levels for diabetes mellitus sufferers, and the LCHF WOE will help you feel fuller while attempting to lose that excess weight and control your BG levels,” adding, “High protein diets are just as bad as high carb diets because even if you limit your carb intake, your body will turn excess protein into glucose, raising your BG levels. You can’t substitute protein in your diet for the carbs you restrict, it just doesn’t work.”

“You have to understand, the human body is a carbohydrate processing machine. Our bodies were made to run on carbs, and the human body has created methods of staying on track with respect to carb intake.” If a person with diabetes mellitus restricts their carbohydrate intake as suggested, what will the body run on, and what will take its place? “Dietary fat. By restricting your daily carb intake, along with eating a proper level of protein, your body will go into a state of ketosis, and your body then runs on ketones, not glucose. This lack of glucose in your blood stream will lower your BG levels, and keep your body from storing fat as glycogen. Now the body does need some glucose to function properly, usually in the morning when you wake up. This ‘Dawn Phenomenon’ draws all available glucose to your brain when you wake up, and if you don’t have any available, your liver converts glycogen stores (glucose) to handle the problem.” This WOE is sometimes referred to as a ketogenic diet plan.

Controlling your blood glucose levels with an LCHF diet plan would be a good start for diabetes mellitus sufferers to achieve normal BG readings. Individual weight loss goals are within reach if you follow the LCHF percentage of food intake protocol. Your daily food intake should consist of this; 70 percent of your calories from dietary fat, 25 percent of your calories from dietary protein, and just five percent from carbohydrates. This diet regime will definitely lower you BG levels, and your HbA1C readings as well.