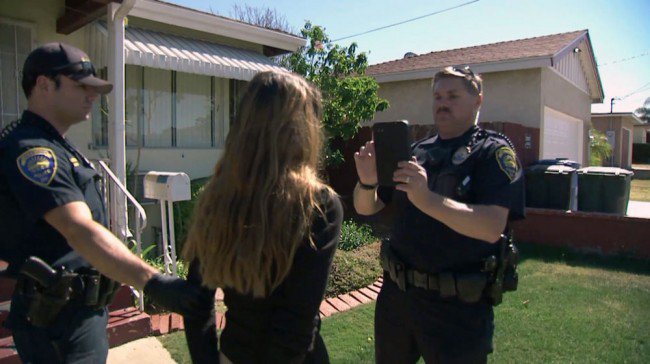 As domestic violence awareness month kicks off, media attention is being devoted to persons committing the crime and programs advocating victims’ rights and ignoring how men, too, are victims. Very few crimes are reported when males are victims of domestic abuse and even fewer cases are spotlighted in the media. While abuse of any kind is viewed as intolerable, female abusers are disproportionately shown leniency.

In 80% of the cases of heterosexual intimate partner violence, the victim is female. However, when the offender is female, mandatory prosecution and arrest policies are scrutinized for servicing male victims. Their critics (i.e. feminist groups and advocacy organizations) regard the mandatory prosecution policy as failing for prosecuting women, rather than protecting them. Female offenders are assumed to be exercising self-defense in situations of abuse.

Women do, however, commit crimes of domestic violence. Only intimate partner violence victims who are men fail to report the abuse. While there are many reasons why the abuse goes unreported – shame, family preservation, intimidation – statistics show disparities in how the criminal justice system handles these cases. In instances of female abusers, 47% of the cases were rejected by the prosecution and 16% were dismissed by the judge.

The dearth of information provided on the subject of domestic violence abuse against men helps to minimize the existing and prevalent issue. Nonetheless, counselors, shelters and online forums are available for men suffering abuse. More information is found in literature such as Journal of Family Violence and Philip Cook’s Abused Men: The Hidden Side of Domestic Violence and Why Woman Sexually Abuse Men.

Mandatory prosecution policies have a nondiscrimination clause meaning that any person regardless of age, sex, race, religion, and profession caliber can have a domestic violence case brought against them. That means female abusers are similarly susceptible to prosecution as their male counterparts. But women are shown leniency for domestic violence against male partners as well as cases involving other types of relationships, i.e. familial and homosexual.

U.S. national soccer team and NWSL Seattle Reign’s, Hope Solo, may be experiencing just that after assaulting her nephew and sister. Currently facing domestic violence charges, Solo is accused of punching her sister and 17-year-old nephew. She pled not guilty to charges. The court ordered her to stay away from her sister and nephew and refrain from drinking alcohol.

According to police, an intoxicated Solo – who recently extended her shutout record to 73 in the United States national women’s soccer team’s 4-0 victory over Mexico –was both the primary aggressor and instigator of assault at a family party. The victims suffered noticeable injuries to their faces and heads.

Unlike Solo’s male counterparts – professional athletes, Ray Rice, Ray MacDonald, and Greg Hardy also facing similar assault charges – her career does not appear to be in jeopardy, as she is, so far, allowed by the National Women Soccer League and the U.S. National team to resume playing. Solo helped the Reign advance to the league’s title game last month and participated with the national team this week in preparation of next month’s qualifiers for the 2015 Women’s World Cup. Her case goes to trial in November.

There may be as many women abusers of men as there are men of women. Pride, stigmatization, and lack of confidence in the criminal justice system may play a part in why domestic violence against men goes unreported. Nonetheless, allocating resources, attention, and justice for women alienates male victims and allows for further abuse.