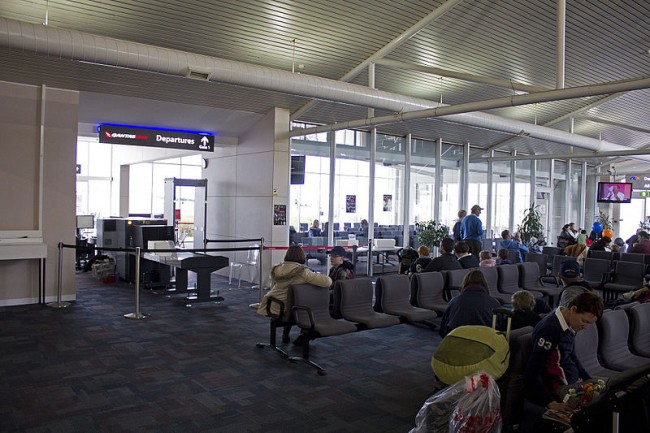 With the current Ebola outbreaks making headlines around the world, it should not take a crystal ball to foretell the inevitable clash between how the medical community gears up to face the threat and how politics will frame the debate as candidates tough out the last leg before the midterm elections. Many politicians actually appear to be dusting off their fortune-telling devices for guidance in handling what some of them are hesitant to label a crisis, because their concern is focused on how their actions will be viewed through the lens of electability.

What would be absolutely unacceptable to virtually anyone with a conscience, would be finding out that someone died from the virus while the politicians weighed the impact that their statements would have on their respective races. When something could potentially lead to global loss of life unlike anything outside of acts of war, it is not an appropriate time to become sidetracked in a partisan process of assigning blame. Though that approach has an element of political expedience to it, one may hope for the very soul of the country that the electorate could achieve a moment of serendipity, and view favorably the candidates who de-weaponize the debate in favor of prudence and action.

Many headlines regarding the current Ebola outbreak in the news today underscore the clashing between practical action and the tiresome cliché of “politics as usual” in action. The New Hampshire Senate race between Republican Scott Brown and Democrat incumbent Jeanne Shaheen, and its debate coverage on CNN last Thursday, exemplify this dystopian effect. Brown took the opportunity to get a shot in on President Obama over the timeliness of his administration’s response, which has no bearing on what his election to the Senate could do to help and also exploits partisanship, a fracture in the American psyche. Shaheen then predictably riposted by characterizing Brown’s cumulative position regarding the Ebola outbreak as “fear mongering”, without any worthy analysis on a point-by-point basis.

As for CNN, while writer Eric Bradner wrote an excellent, unbiased article, the network itself is getting called out in this opinion piece for falling victim to the siren song of the hype by publishing “fear mongering” in their headline. They manage to subtly add to the contentious nature of this outbreak by the use of this headline, as the term “fear mongering” itself ironically mongers fear. The intent here is not to question CNN on their credibility, considering that they are widely regarded as a cornerstone in news media. If anything, it to point out how Ebola is being treated in coverage while using CNN as the standard.

A major point that gets lost in all of this is the possibility that the United States should consider quarantines and border closures, at least in the short term, as individual issues divorced from their participation in party platforms and judge them on their merits alone. Perhaps Americans should have, as a society, voted for candidates who would have provided more funding to the Centers for Disease Control. Or perhaps the CDC had ample funding with which they could have prioritized more efficiently. Those are the types of issues that are being politicized, and the meaning of it all will show months or years from now, once the current crop of candidates have taken their offices and settled down to business, but that’s the problem. Coming up with a solution to the Ebola situation that America is facing today should not have to take months or years. It takes less than a month for a person to die from the Ebola virus, and the focus in the halls of Washington should be on finding facts as soon as possible and making determinations based off of them.

“I’m not a doctor, and neither are you,” seems to be the common chorus among the political clashes in regards to Ebola this election cycle, and it appeals to a truncation of communication. Those who seek public office are asking to be leaders, whether or not they are personally an expert in a particular issue, and leaders aren’t afforded the luxury of taking a pass when it comes to finding solutions. Speculation is not unhelpful, it is a necessary precursor to research. While it would be a comedy against reason for candidates to assert facts based off of their opinions, it is a tragedy against democracy to employ tactics of which the inevitable result would be the stifling of debate. The experts have gotten this one wrong so far. There have now been several flights on which actively infected medical personnel, the ones who should know best, have flown, and this Ebola outbreak is defying the conventional wisdom in each subsequent case. Many people are now seeing that partisan narratives are doing more to back up the status quo of the trenches that have been dug, rather than allow for flexibility and responsiveness. If this were a fire drill, America failed so far. While it is not an epidemic, this Ebola outbreak does require people to act with a level of due caution, and it does demand leaders who can think, and act, outside of partisan boxes. The video included below shows an MSNBC segment where politics completely overtake the gravity of an outbreak of a virus that has actual human consequences. The people are discussing the issue in terms of simply being afraid of how it could provide an advantage to a political faction. It is done by both sides all too often.

Opinion by B. J. Whittemore

2 Responses to "Ebola and Politics Clashing"