Ebola Vaccine as Dangerous as the Disease? 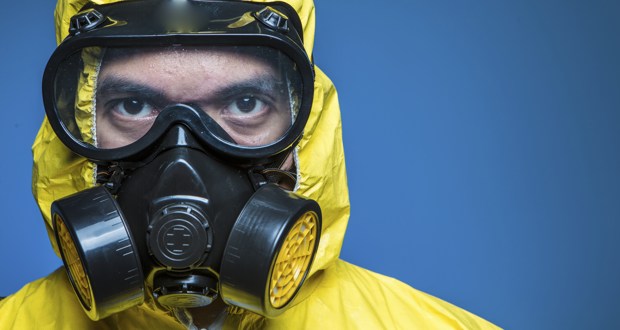 Ebola is in the news daily these days, and the conflicting and confusing information is causing many to question not only how it is spreading, but how can there be a vaccine already, and how dangerous is it, really. It is common knowledge that the United States Government holds a patent on the Ebola virus, but it is not the strain that is infecting Africa and now the U.S. Many believe that this patented virus was mutated and is indeed at the center of the epidemic raging through Africa. This however, has not been proven, and probably never will be.

Ebola patients have been sent everywhere until recently where at least a couple have been treated at the Center for Disease Control (CDC) in Atlanta. The CDC has promised to fly the doctors to the patients. Many question this and believe that all of those infected in the U.S. should be quarantined at the one place equipped to handle it. Everyone from doctors and politicians to rapper Chris Brown, have something to say about it, and things just keep getting more confusing. The leader of Islam, Louis Farrakhan, also echoes Browns sentiment that this is a targeted virus, and it is targeting black people. Both Brown and Farrakhan took to Twitter to voice their opinions on the current outbreak of the deadly virus.

Now, yet another person has contracted the disease in the U.S. and it has been reported that she was on a plane headed to Dallas just one day prior to the symptoms becoming present. This has raised an alarming predicament for those on that flight with her, was or was she not able to spread the virus when she was on that flight. She is being flown to the CDC center in Atlanta to be treated according to their director Tom Frieden. The scare is real and close to home, and it is just a matter of time before Americans are screaming for a vaccine, but how willing will the lambs be led to the slaughter and trust in something that has not been proven effective. It takes years of research but if the people are scared into thinking that death from Ebola is just a cough or sneeze away, the masses will demand a vaccine to stop the epidemic. People will roll up their sleeves and gladly take whatever mix of biological agents, chemicals, proteins, detergents,  heavy metals, and whatever else the ‘there are too many people’ crowd want to toss in there.

Politicians and government officials use the words conspiracy theory intentionally draw attention away from what may really be happening, and scoffing at what they deem radical tin foil hat wearing alarmists. Those alarmists will point out that the government inoculated tens of thousands of people with SV40 that was infected and was given to children and adults alike from 1955 up to 1963. This can potentially cause tumors and has many believing that the rise in cancer can be attributed to this. This is just one example, and there are many groups out their today that have their fact sheets and are indeed keeping count. Ebola is real, but how it got here and how it is being treated is up for debate.

5 Responses to "Ebola Vaccine as Dangerous as the Disease?"