Even Obama Knows How Embarrassing a Credit Card Decline Can Be

By Dyanne Weiss on October 18, 2014Comments Off on Even Obama Knows How Embarrassing a Credit Card Decline Can Be 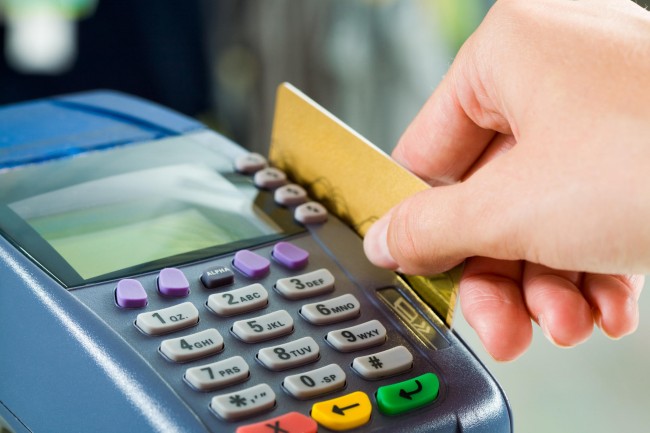 There are few things more mortifying than having a credit card declined in a restaurant, particularly with others around. Even President Obama knows how embarrassing it can be when one’s credit card decline can be in a restaurant, as he recently had that happen to him. There may be a good reason, other than being over the credit limit, but that does not help in the moment.

Banks and the government are tightening up on credit card security with growing numbers of data breaches, fraud and incidents of identity theft. The President’s experience is just one example of a reason banks are flagging and halting transactions nowadays.

Obama’s card was declined at a restaurant called Estela in downtown Manhattan when he was in New York City late last month to speak at the United Nations General Assembly. The President was out to eat with his wife and could not believe it when the waitress told him that his card was declined. He even admits he tried to assure the waitress that he paid his bills. But, it turned out that the reasons the card was most likely declined was that it is rarely used, so fraud was suspected.

While it is a good thing when card issuers protect customers by blocking cards for suspected fraud, timing is often bad and the situation can be quite embarrassing. For the President, he was lucky that his wife, Michelle, had a different card that clearly is used more regularly.

Being over the credit limit, nonpayment and an expired card used to be the main reasons cards were declined, but not today. Credit card companies will typically freeze an account for suspected fraud when activity is unusual, such as a sudden large purchase, being used in an unusual place, an atypical purchase (such as a President eating in a restaurant in New York), or being used in a foreign country without telling the issuer about travel plans.

What could the President have done in the situation (if Michelle and her card were not available) other than offer to wash dishes or borrow from a Secret Service agent or reporter? What can the average Joe do? The best and most immediate solution is to call the customer service number on the credit card to try and resolve the issue. It may take talking to a few people, but it is possible sometimes to get the transaction put through right away by reassuring the bank of its authenticity.

Another reason cards are sometimes declined on trips is holds placed by hotels, rental car companies and others assuming that the card will be used for incidentals or a large bar tab. They do that to protect themselves if the bill spirals beyond the original amount, but hotels in some areas (such as Las Vegas) can sometimes place holds for amounts that assume a lot of extra money will be charged in their dining and entertainment venues. So it can look to the card issuer that the bill the customer thinks will be $1,000 is closer to $2,000. The amount is corrected on check out, but the difference can be an issue in the interim.

While the reasons for a credit card decline can make sense, they can be an embarrassing experience for anyone; even President Obama knows how shocking it can be. It may be hard at the time, but remember it is done to protect consumers from unlawful use of cards resulting in suspicious charges and, of course, to protect the banks from having to write off charges.