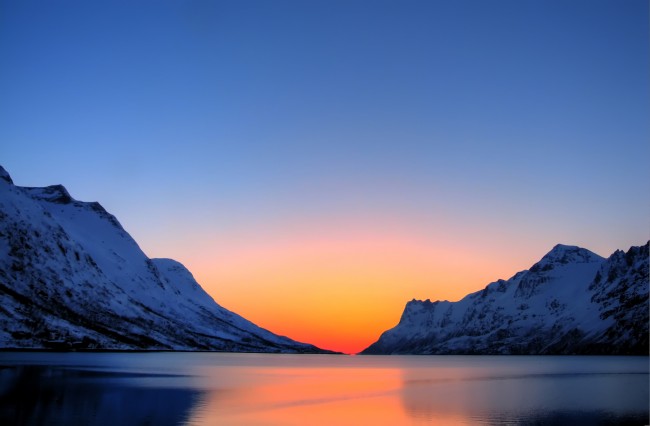 For a long time, it was believed that global warming will lead to colder winters, however, a recent study proves quite the opposite, According to a study, published earlier this year in Nature Climate Change, global warming may in fact lead to significantly warmer winters.

According to James Screen, the author of the study, the previous theory about Arctic amplification was wrong. This theory suggested that winters in the future will be colder, since ice caps are melting and therefore exposing warmer water to the Arctic air. Screen wrote that that there is a real reason to believe that the warm weather which people saw this winter will consistently happen again.

Screen said that previous theories were linking Arctic amplification to increased weather extremes, referring to dynamical changes in atmospheric circulation, which are hard to detect in present observations and highly uncertain in the future. According to Screen, there is even more historical evidence to support the prediction that winter days will be warmer in the future. In the contrary, decreases in sub seasonal cold-season temperature variability, in line with the mechanism suggested here, are perceptible in the observational record and are highly solid in twenty-first-century climate model simulations.

Screen explained in a press release that on the average, autumn and winter days are becoming warmer and less variable from day-to-day. And both of this factors reduce the chance of extremely cold days. Screen added that these days are becoming warmer because Arctic wind is also getting warmer. Cold days usually occur when the wind is blowing from the north, bringing Arctic air south into the mid-latitudes. Since the Arctic air is warming so quickly, these cold days are now becoming less cold than they were in the past.

In addition, Screen pointed out that warmer winters will not prevent extreme storms, which are still likely to occur more frequently in the coming years. So if this study proves to be true, it would be little more than a ray of sunshine. According to the fact that September 2014 was the hottest on the record, warmer winters may actually happen.

However, opinions are divided. While most of the scientist claim that winter 2014/2015 will be extremely cold, with below-normal temperatures for about three-quarters of the nation, handful of scientist claim that the world might witness a warm, relatively snow-free winter like the one in 2011.

Furthermore, first nine months of 2014 had a global average temperature of 14.7 degrees Celsius – the warmest first nine months on record since 1998. And according to the National Oceanic and Atmospheric Administration (NOAA), it is quite likely that 2014 will break the record for hottest year. NOAA also said that the record-breaking heat even goes back to the end of last year, when November 2013 broke a record. Which means that the 12 months from October 2013 to September 2014 were the hottest 12-month period on record.

Because of all these conflicting information, people are quite confused, since they do not know what kind of winter to expect. It seems that the global warming is leading to the point, where the weather is not that easy to be predicted any more.