Government, Hospital and Others in Dallas Try to Reassure About Ebola 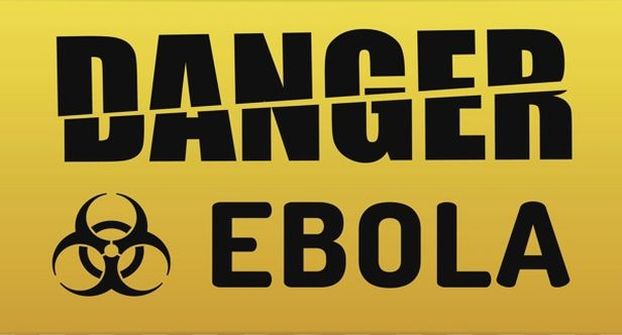 The next few days are critical in the fight against Ebola in the U.S. Meanwhile, people in Dallas are reportedly jittery; a formerly busy hospital has become a ghost town; and government officials are trying to reassure everyone that the Ebola situation that spiraled out of control is back in. The hospital acknowledged its mistakes in an open letter published today, but they would undoubtedly like to turn back time.

It has been three weeks since Thomas Eric Duncan was finally admitted to Texas Health Presbyterian hospital in Dallas and ultimately died from Ebola on Oct. 8. Since that time, people in the area – and elsewhere in the country – have been shocked and frightened by the news that two nurses who treated Duncan later tested positive for the deadly disease. Approximately 75 people who interacted with those sufferers have been in quarantine and being watched for symptoms. In addition, belief in the government’s ability to handle the situation has waned considerably.

So, is there any good news on the U.S. Ebola front? Will things get back to normal soon? The next few days will be very telling. The 48 people who interacted with Duncan prior to his hospitalization and have been monitored since then will no longer be at risk for the Ebola virus. That group includes his girlfriend whom he came to visit in Dallas, starting the whole U.S. health crisis. (While most come down with the disease within 8 to 10 days of exposure, 21 days in the maximum incubation period for Ebola.)

In the interim, President Obama asked Ron Klain, a former aide to Vice President Joe Biden, to spearhead the government efforts to deal with the deal and reassure the public. According to the New York Times, President Obama is frustrated and angry at how the government has handled the health crisis. Klain is working with the U.S. Centers for Disease Control and Prevention (CDC) on response and updated infectious disease guidelines for hospitals and health care workers.

Even if no other cases of Ebola are diagnosed in the U.S., one “patient” not likely to recover quickly is Texas Health Presbyterian Hospital. The hospital was where Duncan’s illness was first missed. He later returned there critical ill and was finally diagnosed. Then, two staff nurses who treated him, Amber Vinson and Nina Pham, contracted the virus at the hospital.

The failures of the hospital to diagnose Duncan and protect their staff have been a medical and public relations nightmare. The once bustling hospital is empty. The once crowded emergency room reportedly has no wait time. In a open letter to the community, published in today’s Dallas Morning News and online, Texas Health Resources CEO Barclay Berdan expressed gratitude for the effort of his staff in caring for Duncan, Pham and Vinson but readily admitted there were procedural errors made.

Berdan acknowledged that the hospital “made mistakes in handling this very difficult challenge.” He admits that the fact that Duncan had just come from Africa was not communicated to everyone treating him initially. He also noted that the hospital was not prepared for the virus and had not finished “deploying training and education programs for Ebola preparedness before the virus struck.”

While the hospital continues to work with the CDC to determine how the nurses became infected with Ebola, they have made procedural changes, are training staff on how to safely take off personal protective wear (the Hazmat suits), and are improving their medical record keeping. He emphasized that “Texas Health Presbyterian Hospital “is a safe place for employees and patients.” It is clear that the hospital, the government and others involved want to try to reassure the public about Ebola, but it might be premature until they figure out what went wrong in Dallas.

One Response to "Government, Hospital and Others in Dallas Try to Reassure About Ebola"