By Chanel van der Woodsen on October 25, 2014No Comment 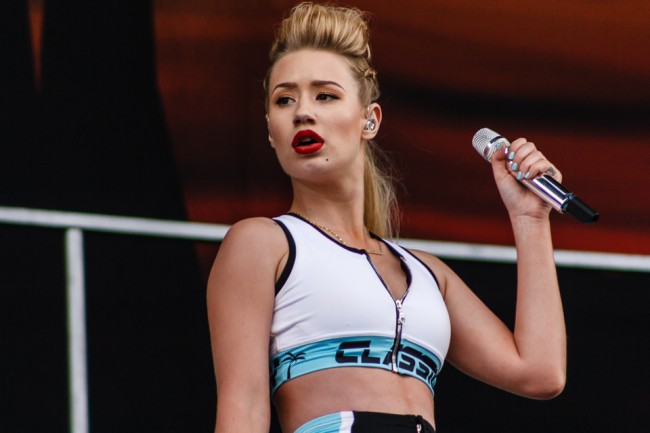 Australian rapper Iggy Azalea has shot down the possibility of any potential collaboration with fellow rap artist Snoop Dogg, saying that it would simply never happen. The 24-year-old gave the statement to popular gossip website TMZ on the night of Thursday, October 24th.

The Mullumbimby native was making her way through LAX when a camera person requested her statement regarding any potential duet being recorded between her and the 43-year-old. The question was brought up in regards to the pair’s recently squashed beef with the California rap star, which made media headlines for several days a few weeks ago. Although she acknowledged the fact the two were no longer involved in any sort of conflict, she was extremely clear on her view that the possibility of the two collaboration was essentially non-existent. Dressed in a grey sweater and black jeans with her signature straight hair in curls, Azalea was asked if she would ever think about working with Snoop after all the drama that has transpired between them. The entertainer’s first response was to smile and ask the cameraman if he would do such a thing should he be in her shoes, to which he responded that one never knows unless they try. After posing for a few pictures with waiting fans, Azalea exited the airport amidst the photographer’s continued discussion of said collaboration, which he voiced his opinion of as being a potentially good idea. She continued to smile politely and go on her way, thanking the man for his congratulations regarding her success.

Azalea’s beef with Snoop Dogg began the weekend before last, when the latter rap artist ignited a full-on war with the first via an Instagram post regarding how he felt she looked without makeup. The post in question contained a photograph of an unknown albino woman, with the caption that she highly resembled Azalea’s appearance when she chose to not apply face paint of any sort. The Australian was extremely upset regarding this dig, responding shortly thereafter that Snoop was insensitive to post such a thing and expressing her confusion as to why he would subject her to such treatment when she did nothing to deserve it. Her reaction prompted an angry retort from fellow rapper Daz Dallinger, one half of the duo Tha Dogg Pound, who claimed that Azalea had absolutely no right to start conflict with a rapper he claimed was at such a superior level she could never even hope to achieve. Snoop backed up Dallinger’s statement by posting a second comparison picture, this time of Marlon Wayan’s character in the hit comedy White Chicks, with a caption asking if the public was just supposed to act like they did not see the resemblance. It was at this point that Azalea chose to fight back, posting a photograph of her rival rapper that she compared to how someone’s aunt looks when they have stopped using drugs on a constant basis. Snoop became enraged at this retaliation, posting a rather explicit video in which he essentially told Azalea to back up or be forced to by him and his crew. The situation was diffused shortly after this video was posted, however, by none other than Azalea’s manager and fellow rapper T.I. Harris, who reportedly called Snoop Dogg and told him that the conflict needed to end immediately. The rapper heeded Harris’s wishes, shortly thereafter posting another video in which he apologized to Azalea and said that he was done posting hateful things and that their social media war had officially come to a sort of truce.

It remains to be seen whether Iggy Azalea will stick true to her insistence that she and Snoop Dogg will never be involved in any kind of collaboration. For the time being, however, the Australian rapper appears to be intent on her decision that the idea is not one she wants to be involved in any time soon.