Jennifer Lawrence Dares to be Bare on Her Terms 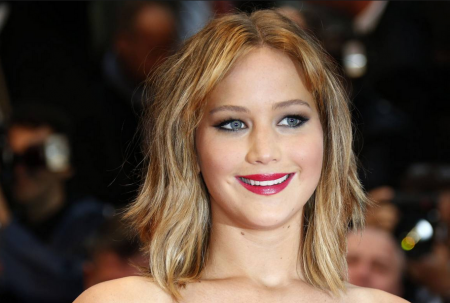 Jennifer Lawrence dared to be bare on her own terms on, and presumably in, Vanity Fair magazine. Apparently, one journalist got confused about the difference between allowing oneself to be photographed in a state of undress voluntarily and having private nude pictures stolen and broadcast to the world.

Of course the issue raised by the male business writer has been turned into an issue of gender. Of course it was, are there any females out there that do not react to that instantaneous trigger of any man asking what women are thinking when they do something confusing…to men? To be fair, Mr. Kasanoff was asking what he felt was a reasonable question.

The journo was not alone in his supposition that the 24 year-old Lawrence was acting in a way that made no sense to the male psyche, another journalist got onto Twitter to tweet that he could not understand how the nudity differed, in other words, why get upset when your nude photos are leaked and then pose semi-nude.

Firstly chaps, the image of Lawrence on the Vanity Fair cover is tasteful and only hints at bare breasts. The shot is well done, not pornographic in any way and most importantly, done with with the Oscar winning actress’s permission. This changes the entire issue of nudity being presented professionally and one’s personal birthday suit shots that were meant to be seen by a particular individual and not the world

In a professional photographic shoot, the object in the lense is lit properly, smoothed out with makeup and after all the preliminaries have been performed, more likely than not, photoshopped. The “nudity” of Ms. Lawrence is, by all accounts, implied. Jennifer agreeing to pose semi-nude on the cover of Vanity Fair was daring to bare on her terms and not part of her invaded privacy which equates to a type of rape via the internet.

Another thing that needs to be considered is the timing of the layout. Magazines work out their issues around six months ahead of time. (Thanks to Cindy for pointing that out.) So these shots were taken before the hacking incident. In all likelihood, Lawrence was approached by Vanity Fair before sending the issue to the publishers for final print and distribution. As the Hunger Games star is a professional performer, she must have decided to show the world that hacked pictures or no, she owned her body and would not let some creepazoid hacker dictate what she opted to do with it in terms of nudity.

Lastly, the magazine is Vanity Fair guys and gals. The publication that empowers women and enables them to be what they are, beautiful, strong and independent, both inside and out. This is the magazine that features naked and partially naked pictures of female celebs on its cover. Remember Demi Moore’s nude pregnant picture? There are many other examples other than the ex Mrs. Kutcher’s to trot out, but readers can get the point.

So at least one feminist has made an issue out of a couple of men asking what they thought was a sensible question…apparently. Of course this does give both chaps benefit of the doubt, which both they and the lady who reacted to their queries need to do. Honestly, the confusion is understandable. For years the female of the species has been screaming that they want to be respected, loved, admired for their minds and not their bodies. They do not want to be seen as sexual objects only. Fair enough.

At the risk of turning this into another feminist argument, perhaps everyone should just sit back for a moment and reflect on the subject of nudity full stop and not just Jennifer Lawrence’s daring to be bare on her own terms. Nudity is one of society’s oldest “taboos.” Religion and social mores state, repeatedly, that it is wrong to display one’s skin sans clothing in public. So perhaps the two journo’s had this in their mind when asking the question. Or, it really is down to the fact that men will never understand women. The two genders are completely different in more ways than the obvious. Like the book title says, Men Are from Mars and Women Are from Venus so a little understanding from both sides may just be in order here. Just like Lawrence, neither journalist has anything to apologise for here.