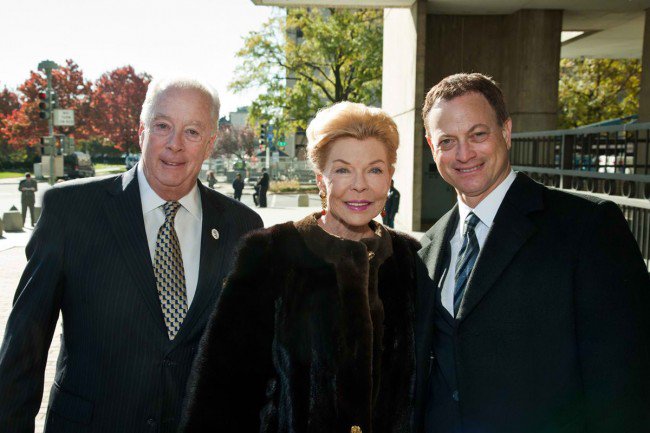 Lois Pope is someone who has been a champion in the fight to construct a memorial to disabled veterans (The American Veterans Disabled for Life Memorial) in Washington, D.C., and her efforts have been realized with the new memorial scheduled to be dedicated on Oct. 5 with President Obama in attendance. She is not a veteran or a member of the military at all, but rather a Palm Beach socialite. Lois Pope is The National Enquirer heiress and socialite who championed long and hard to see the new memorial for disabled veterans realized.

Before she inherited the vast fortune of her late husband, Genoroso Pope, Jr., founder of The National Enquirer, the now socialite and champion for disabled veterans was born Lois Berrodin in Philadelphia, Pennsylvania, to a father who sold auto supplies and a mother, who was a schoolteacher. She played piano and took voice lessons. Eventually, she made her way to Broadway. She went on to marry a William Morris agent and have two children, but her first husband died in 1963. Later that year, she made the acquaintance of Genoroso Pope, Jr. and they married two years later. They were married for over 22 years when Genoroso died in 1988. Shortly thereafter, the newspaper was sold and Lois inherited the vast fortune.

In the 1960s, during her time as a Broadway singer in New York, Pope visited a local hospital to perform for recovering Vietnam veterans. She was singing Somewhere from West Side Story when she reached her hand out to a patient while belting out the line “Hold my hand and we’re halfway there,” when it became clear that he was unable to return the gesture.

The 81-year-old describes herself then as “clueless” and “naïve.” However, the experience left an enduring mark on her that has lasted over fifty years. She has said her fight for the memorial is so that visitors can comprehend the “human cost of war.”

The cost of the Vietnam war also hit home for Lois as she lost a cousin. Many years later, while visiting the Vietnam memorial, as she found the name of her cousin on the wall, she noticed an amputee nearby attempting to place flowers by a friend’s name. The man was struggling and it again brought home for Pope the lifelong price paid by many veterans. As she was leaving the memorial, she asked where she could find the memorial for disabled veterans and learned then that one did not exist.

In 1998, together with Jesse Brown, who was the Department of Veterans Affairs secretary in the Clinton administration, and Art Wilson of the Disabled American Veterans organization, socialite Lois Pope began the championing process of getting the memorial approved and raising over $80 million to build it began. While Pope donated $10 million from her personal fortune, it took time and persistence to raise the rest of the funds from others, which Pope did through a foundation she co-founded.

It appears socialite Lois Pope’s almost two decades of championing for disabled veterans has been worth the time and effort. The result is a memorial made of glass walls with a star-shaped fountain and a ceremonial flame. The American Veterans Disabled for Life Memorial is located near the National Mall and Capitol building. Lois Pope is set to speak at the dedication, which will be held on Sunday, Oct. 5.

One Response to "Lois Pope: Socialite and Champion for Disabled Veterans"