NASA Pretending to Live on Mars 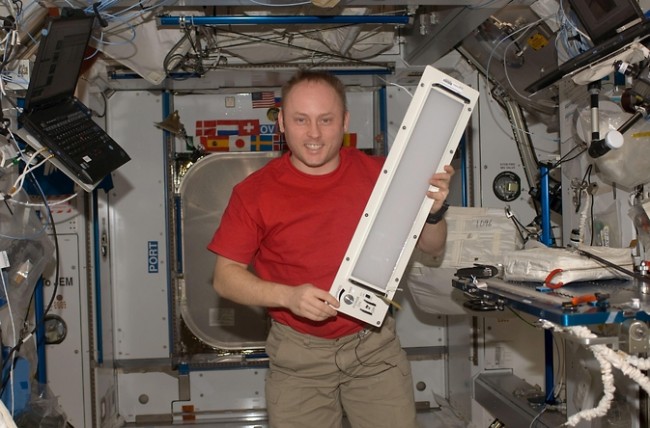 In recent weeks NASA has released quite a bit of information regarding interplanetary travel, as well as forming programs intended to find extraterrestrial life. To augment those initiatives, NASA has just released the details of an experiment to test the physical and psychological resolve of astronauts living in close quarters for extended periods of time. NASA plans to isolate six astronauts in a simulated Martian environment for eight months.

Estimates have the space agency preparing for a manned trip to Mars in the next 10-15 years. A lot of questions need to be answered before such an undertaking can take place. A major concern is the ability for astronauts to live in a compact environment for up to two years. It takes six months to make the trip to Mars and the astronauts are expected to explore the planet for another 12–18 months before returning home.

Six people, three men and three women, will enter a 1,000 square foot dome and isolate themselves for the next eight months. They will simulate living conditions in a space station on Mars as part of the NASA sponsored HI-SEAS project. The University of Hawaii, Manoa campus, is leading the study, which is the longest isolation study done to date.

Martha Lenio of Canada is the commander of the mission. She states that the intended goal of the mission is to study the psychological effect on the team. That includes attitudes, camaraderie, interpersonal and organizational behaviors.

The dome itself has a 36-foot diameter and is two stories high. There are kitchen, dining and working areas. While each person has their own bedroom, they are almost closet-like. Upstairs also has a washroom. For exercise, a treadmill and stationary bike are also included. There are no phones or Skype, only emails. Transmissions are also delayed by 20 minutes, as it takes that amount of time for messages to travel from Mars to Earth.

Water is rationed at eight liters per day per person and includes all potential uses including drinking, cooking, cleaning and showering. To reduce water use, composting toilets are installed. Because the overall tenure of a Martian expedition will be two to three years, enough food must be stored for the duration. As part of the overall experiment, Cornell University is conducting a food study. Food fatigue is one of the concerns and steps are being taken to ensure the astronauts will not tire of the same foods. Various grains, spices and flours are stored so that a variety of meals can be prepared. Pre-made meals are also included.

Psychological issues such as depression due to prolonged isolation and the inability to contact loved ones are a major concern. Frustration with communication delays and living in close proximity all add to the psychological influences the astronauts will encounter.

A secondary study is being conducted in North Dakota, where three students are spending 30 days in a prototypical planetary base. Working in partnership with NASA, the trio will perform several experiments. One of them will be to determine the feasibility of growing vegetables under LED lights. Samples from the base floor will be sent to laboratories for microbial evaluation.

There will be additional studies in the coming years as NASA is seriously considering a manned exploratory mission to Mars. There are many trials and issues to address before astronauts are sent on the two-year exploration. Pretending to live on Mars is only one of them.

One Response to "NASA Pretending to Live on Mars"