Once Upon a Time: Emma’s and Hook’s Love Story (Video) 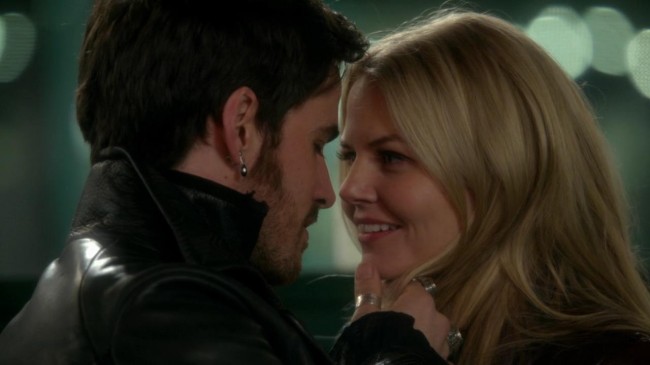 Once upon a time, there was a baby girl, named Emma Swan, who grew up without her parents. After Emma became a big girl, she found her parents – Snow White and Prince Charming. Furthermore, she found a city, called Storybrooke, where many people from the Enchanted Forest lived. And for the first time, Emma felt like she was home. Storybrooke gave her everything: happiness, laughter, action, sadness, tears and most importantly, a family she never had. Swan was reunited with her son Henry, who she gave up for adoption many years ago. Well, Emma also found love in Storybrooke and this is a story about how she and Captain Hook became romantically involved. Finally.

Well, their first encounter was not pleasant at all. When Emma and Killian first met, she knew that he was a trouble, so she tied him to a tree. This was actually quite a first impression that Emma made. One of their first adventures was climbing a beanstalk and Emma hurt her hand pretty bad then. After Hook put a cloth on her hand with the help of his mouth, it became pretty obvious that their journey up the beanstalk was the beginning of a little spark between Swan and Hook.

The spark between Emma and Hook culminated in their sword fight when they were in Fairy Tale Land in season two. It was pretty amazing to see how fierce Swan was and it was even more awesome to see how Hook flirted with her. He took this flirting onto a whole new level when he said to Emma that he would normally prefer to do other more enjoyable activities with a woman on her back. 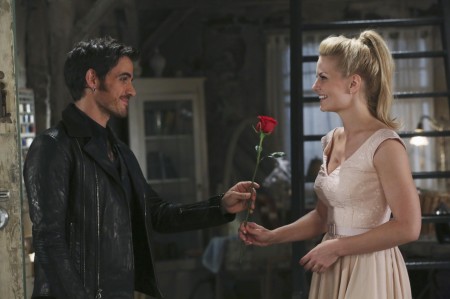 Finally, Once Upon a Time‘s season three gave the viewers what they have been waiting all along. After Emma found out that Hook risked his own life to save her father, she began to see the pirate in a new light. Hook was of course just being Hook and he implied that she can show her gratitude with a kiss. Well, after Emma told him that he could not handle a kiss from her, she actually kissed him. And that was the beginning of Captain Swan, despite the fact that Emma insisted that this kiss was just a one-time thing. Their next kiss happened during season three Winter finale, when Hook came to New York to convince Emma to come to Storybrooke, because her parents needed her help. Well, Swan was resisting for a while, but then she eventually remembered everything – with a little help from Killian and his magic potion, of course.

After Emma returned to Storybrooke, she started spending a lot of time with Hook. In season three finale , Hook finally told Emma that he had given up his ship for her (he traded it for the magic bean) and she kisses him.

Once Upon a Time took Emma’s and Hook’s story even further in season four, since the two of them finally had a date. Their chemistry is unbelievable and to the great joy of the viewers, their love finally got an opportunity to grow and to develop. Seeing Emma and Hook together was something that the Once Upon a Time fans waited for since the first time they met and now, the two of them finally have a chance to have their own happy ending.

once upon a time

4 Responses to "Once Upon a Time: Emma’s and Hook’s Love Story (Video)"