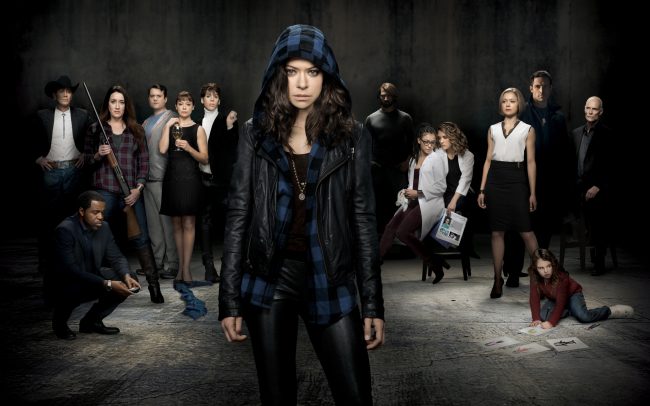 Orphan Black’s cast and crew finally got back together, as they just started filming season three in Canada. Also, BBC America recently announced that the Orphan Black clones will be back soon. Despite the fact that they already started filming the episodes for Orphan Black‘s third season, the clone club will have to wait for a few more months for the season premiere. However, BBC America did release a spoiler-filled synopsis, in order to give the fans something that will keep their minds occupied until Spring 2015.

The synopsis revealed that male clones from the Project Castor will be a big problem. Just when the female clones thought that they knew who their enemies and allies were, season three will reveal that they are more vulnerable than ever before. According to the synopsis, the identical male-soldiers, who are highly trained, will be raising more questions than answers.

The released synopsis also revealed which clones can be expected onscreen in the upcoming season. Sarah, Alison, Cosima and Helena will apparently be much stronger if they are together than if they are apart. However, season three will put the bond between these clones to the test. Will the clones forge towards their truth or will they fall at the feet of those, who wish to control them?

Furthermore, Rachel’s name was missing from Tatiana Maslany’s name card at the season three table read. Since Rachel was one of the DYAD people, who were trying to control the other female clones, she was not really on the same mission as the rest of the girls. In the season two finale of Orphan Black, Sarah stabbed a pencil through Rachel’s eye, so she might be recovering and planning her revenge. However, since her name was missing, this could mean that the evil clone might have been gone for good. Fans will obviously have to wait for season three to find that out.

In season two of Orphan Black, Marian revealed that Sarah was a clone from Project Leda, which was ran by DYAD and Marc was a clone form Project Castor, which was ran by the military. However, since Marian did not tell Sarah much more than that, she will most certainly have a lot of questions in the upcoming season. In the synopsis, BBC America revealed these questions: “Who are these new clones? Who created them? And more importantly, why do they exist?”

According to the press release, Ari Millen will return to his role as the Project Castor clone and Dylan Bruce will return as Paul, after he was absent for a large part of season two . Paul will be an army officer, who is working for secret forces in the world of clones. Furthermore, despite being sent to Germany at the end of season two, Evelyne Brochu will return as Cosima’s girlfriend Delphine. Jordan Gavaris is returning as Felix, Kevin Hanchard as Art, Maria Doyle Kennedy as Mrs. S, Michiel Huisman as Cal, Kristian Bruun as Donnie, Skyler Wexler as Kira and Zoé De Grand Maison as Gracie. Season three of Orphan Black will air in Spring 2015 on BBC America.