Penis Transplants From Lab-Grown Organs on the Near Horizon 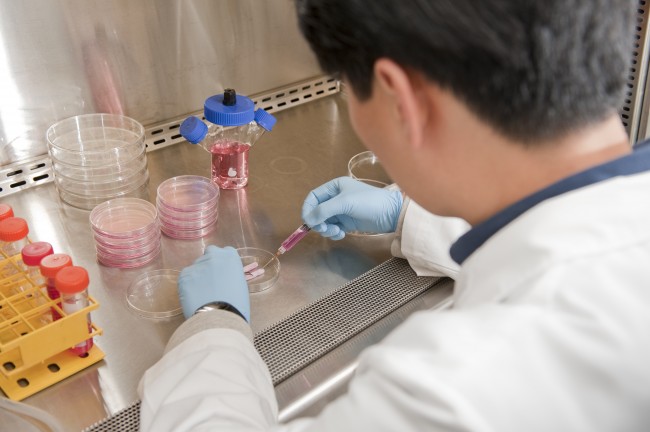 Human testing of penis transplants from organs grown in a lab using the patient’s own cells are on the near horizon, after successful testing in rabbits. Researchers at North Carolina’s Wake Forest Institute for Regenerative Medicine have successfully engineered the organs, and hope to be able to offer them to men with traumatic injuries or genital abnormalities within five years. The Wake Forest scientists are some of the world leaders in bio-engineering, and have successfully implanted lab-grown human organs such as a gall bladder, a urethra and a vagina.

The testing is expected to be funded at least in part by the Armed Forces Institute of Regenerative Medicine. It is hoped that the technology can be used to help soldiers who have sustained battlefield injuries.

The process involves growing cells in the lab that are obtained from the patient’s existing genitals, a process that takes four to six weeks. In order to achieve the right shape, it is necessary to get a donor penis from a deceased man. The cells are all stripped from the penis by soaking it in a mild enzyme detergent. This reduces the chance rejection from the new host. What is left provides researchers with a scaffold that they then spread the patient’s own cultured cells over.

One team member, Dr. James Yoo, said it is similar to a building. If all the people and furniture are removed, the building structure is still left, which can then be replaced with new tenants. In the case of a lab-engineered penis, the donated organ is the building and the new patient’s cells are the new tenants.

Testing penises engineered in the same manner for rabbit subjects achieved 12 functioning organs. All the animals attempted to mate after the organs were grafted to the recipients, eight ejaculated successfully and four produced offspring. Although the results are encouraging, human testing is still awaiting Food and Drug Administration (FDA) approval.

Team leader Anthony Atala hopes to see that approval within five years. Atala’s team has already engineered six human penises that are ready for transplantation if approval is granted for the trials. Although the procedure could possibly be used for babies born with ambiguous genitalia, it could not be used for female-to-male sex change operations because of the need to grow the organ in the lab using cells from a male patient’s own genitals.

Atala, who is a paediatric urologist, began the search for transplanting engineered penises in 1992. In 2008 they proved with rabbits that the process was theoretically possible. The inspiration for Atala’s work was babies who are born with “deficient genitalia,” who have no good options. Typically male babies with this condition are given sex-change surgery at birth, which tends to lead to serious psychological problems.

Transplants of lab-grown penises offer great improvements from existing options for replacement organs. In current surgeries a penis is constructed from tissue from the thigh or forearm, which then has a prosthetic inserted to achieve sexual function. The prosthesis is either a rod that is permanently rigid or one that is inflatable, requiring a pump.

Dr. Andrew Kramer, a University of Maryland Medical Center urologist, said while many attempts have been made to re-create a penis, it is difficult to make an organ that functions normally, having the ability to void urine and experience male sexual responses, without which the organ will be unsuccessful. According to the Wake Forest research team, the first step visible on the horizon when trials are initiated may be to begin with partial transplants of the lab-grown penises that might help patients who have erectile dysfunction.

Penis Transplants From Lab-Grown Organs on the Near Horizon added by Beth Balen on October 11, 2014
View all posts by Beth Balen →