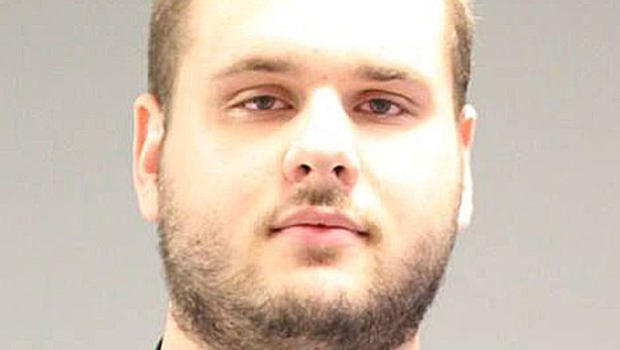 Police in Denver, Colorado, are seeking the public’s assistance to locate a Southbridge, Massachusetts, fugitive who they believe committed a mid-October aggravated robbery, kidnapping and sexual assault in Denver. Gregory Lewis, 26, has been wanted  in Mass. since he fled the state on Sept. 15 to avoid facing similar charges of assault and battery with a dangerous weapon, home invasion, kidnapping and child rape.

Four states are currently looking for Lewis in connection with violent crimes committed in their jurisdictions. WCVB reported on Sunday that authorities in Portland, Ore., suspect Lewis in an armed rape, robbery and kidnapping of a woman in that city. Lewis was spotted in a surveillance picture taken in Portland. In addition, police in Charlotte, North Carolina, have charged Lewis for assaulting, kidnapping and robbing a woman on Sept. 23. A convenience store camera in Vernon, Connecticut, also captured Lewis on tape, but he has not been linked to any violent assaults there.

Massachusetts Police Trooper Amy Waterman admitted that the situation is frightening. Waterman, who is heading the search in Mass. for the alleged rapist, said that troopers “deal with a lot of bad people,” but Lewis “really scares [her].”

The head of the Violent Fugitive Apprehension Unit of Mass., Lt. Mike Farley, said that in his opinion, Lewis is a threat to the public while he remains on the run. Farley believes that Lewis will become especially dangerous once he realizes that his days of freedom are dwindling. The lieutenant thinks that Lewis, in his desire to remain on the run, will have no problem hurting anybody who may get in his way.

Lewis was ordered by the court to wear a GPS device on his ankle as part of the child rape case against him. After his arraignment, Lewis was freed under a bail set at $1,000 and ordered to wear the GPS unit. On Sept. 15, he escaped surveillance by cutting off the monitor and leaving Mass.

Ten days later, he went back to his home in Southbridge, attacked his stepfather and placed him in handcuffs. He then took a gun, credit cards, cash and a large amount of ammunition. He also felt the need to take a bottle of Southern Comfort with him. Police discovered his cut and bruised stepfather handcuffed in the basement.

Lewis has a tattoo on his left arm from his shoulder to his elbow depicting a female demon with colored eyes. He also has a chest tattoo of a hand attached to a broken handcuff  and holding a knife. He is white, stands approximately six feet tall and weighs 235 pounds. His eyes and hair are brown.Police believe that Lewis is driving his parents’ 2004 blue Jeep Grand Cherokee. Although the Jeep’s plates are registered in Mass. with the number 85GF63, the license plates could possibly be changed or hidden. Lewis is believed to be carrying a baton, gun and handcuffs and is considered armed and dangerous. The Massachusetts State Police have listed Lewis as their number-one, most-wanted suspect.

Denver police ask anyone with information about Lewis to please call Denver police at 720-913-7867 or text 274637. Tipsters can remain anonymous.