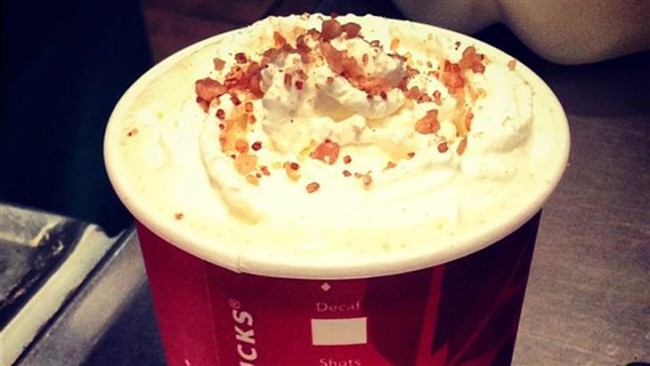 Starbucks will offer its first new holiday drink in five years on November 12, 2014. In the test markets where the concoction has been tried out so far, many coffee lovers believe that the new drink will might just take over from Pumpkin Spice Latte as being Starbucks’ hottest-selling holiday drink.

The new Starbucks drink, the Chestnut Praline Latte, is created by the talented baristas at the coffee chain by combining espresso with milk that has been steamed, just like with their Pumpkin Spice Latte, Gingerbread Latte, Caramel Brulee Latte and Peppermint Mocha Latte. Then, the latte is flavored with chestnut syrup and various spices and is topped with whipped cream and praline pieces.

Over 200 million Pumpkin Spice Lattes were purchased last year, as the drink quickly become one of the most popular lattes the company has ever introduced. With success such as that, perhaps the executives at Starbucks thought about how they could achieve the same sort of success by introducing a new holiday flavor and hoping that it would catch on.

Pumpkin Spice Lattes from Starbucks, introduced first in 2003, have become a favorite drink of many regulars of the chain. When some outlets ran out of the pumpkin spice syrup used to make it a couple of years ago, there were many comments on various social media sites about it from peeved customers who were missing their fix of the pumpkin-flavored holiday beverage.

Should these holiday lattes that the good employees of Starbucks serve up be classified as actually more like dessert items than beverages? They are, after all, sweet, calorie-packed, delicious drinks that some fans might call religious experiences in cups. Maybe, though, like with humor, trying to define exactly what the holiday lattes are puts a damper on just simply enjoying them.

“Chestnuts roasting over an open fire,” might sound great in a holiday song, but unless they are roasted correctly, their flavor leaves something to be desired. Starbucks is taking a chance by introducing such a flavor, but in the locations where it has been tested out, many people have seemed to have fallen in love with the latest holiday offering from Starbucks, Chestnut Praline Lattes.

Besides turkey and mashed potatoes, Starbucks consumers have something additional to be looking forward to next month. With November just around the corner, if fans of the coffee chain of outlets decide to embrace the latest holiday beverage from the franchise, Chestnut Praline Latte, when it is introduced on November 12, the new latte might begin to break records set by its Pumpkin Spice older brother.

What might be another terrific flavor of latte that Starbucks could try out next November? Monkey Bread Latte, perhaps, or Peanut Butter Macademia Nut Latte, Sugar Plum Latte or possibly some other flavor? Who knows — maybe some intrepid go-getter at the company will read the suggestions left below, and will begin experimenting in December to have a new flavor ready by around this same time in 2015! Until then, there is this year’s new flavor to look forward to trying out, Chestnut Praline Latte!