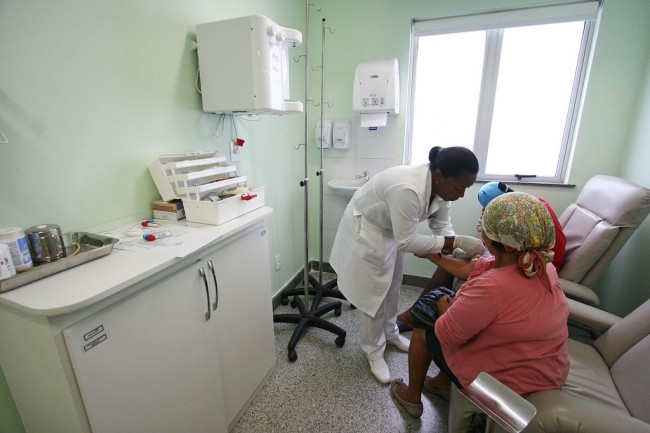 Texas Department of State Health Services has ordered a ban against travel for all health care workers who were in contact with the first Ebola patient at Texas Health Presbyterian Hospital. The ban also restricts the exposed workers from entering stores that sell, handle or serve food, entertainment spaces and public transportation.

The ban on travel was issued late Thursday after a health care worker, Amber Vinson, Flew from Cleveland, Ohio to Dallas-Fort Worth on Monday with a low-grade temperature. She was diagnosed on Tuesday with the Ebola virus.

Another health care worker, who may have handled lab specimens, self quarantined herself while on a Caribbean cruise ship with her husband. State Department spokeswomen, Jen Psaki, said, “The cruise ship left the U.S. on Oct 12 before the travel ban was imposed.” The ship stopped in Belize and the women did not get off the boat. The U.S. government is working to get her back in the States. In a statement from Carnival, the company said the women is in isolation and is showing no signs of infection.

Rep. Diana DeGette of Colorado, a U.S. House subcommittee member, said, “The first patient with Ebola was inefficiently handled, causing risk to the general population.” Members of the U.S. House subcommittee have scrutinized the way Texas Health handled the situation with Thomas Eric Duncan, who was sent home from the emergency room after telling professionals he had been in West Africa.

Dr. Tom Freeden, Director of the CDC, can not explain why Vinson was allowed to fly with a low-grade temperature. He recognized the conversation Vinson had with the CDC before she boarded the plane to Dallas but was under the impression, “She didn’t have any symptoms.” The ban that was ordered on Texas hospital workers against traveling is a safety measure. County Judge Clay Jenkins expressed, “They are treating these workers like disease contacts.” adding, “The focus needs to be on the exposed people.”

There are eight cases in the United States in which tests were done that confirm actual Ebola infections. Two were health care workers at Texas Health. Three patients are missionary workers, two have been released from Emory University Hospital in Atlanta, Georgia. The third missionary worker has been released from Nebraska Medical Center. A news freelancer, for NBC, was released from Nebraska Medical Center. The eighth patient, Thomas Eric Duncan, the first confirmed person In the U.S. contracted the virus in Leberia, where he lived. He died at Texas Health in Dallas.

The travel ban that was ordered late Thursday at Texas Health Hospital affects nearly 70 health care workers who were in contact with a patient who had the Ebola virus. The workers were asked to sign a written admission with instructions to follow adhering to guidelines of where they should refrain from. The statement also gives anyone who was in contact with the Ebola patient a non-admission status at Texas Health to be monitored. They must go through a physical appearance check and have their temperatures checked twice a day. Workers who do not follow this order may be subject to a control order.