Troubles in the Kardashian Paradise Do Not Seem Fixable 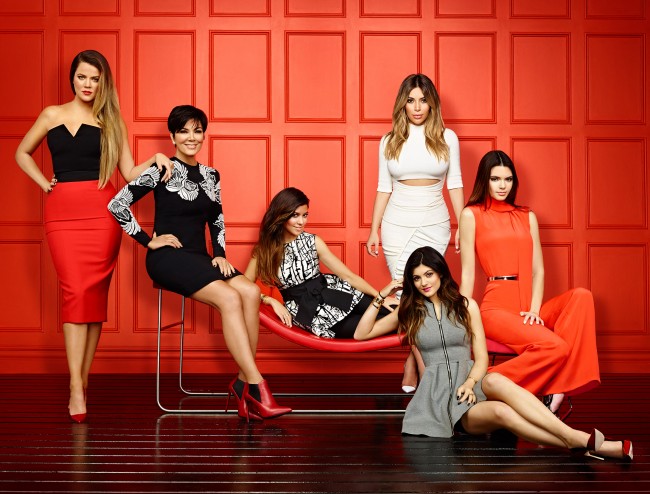 It looks like there might be some troubles in the Kardashian paradise and they do not seem fixable. Reportedly, Kim Kardashian and her younger sister, Khloe Kardashian, are not on good terms at the moment. According to several reports, the Kardashian sisters are going through some serious issues right now and they even went six weeks without speaking to each other.

Fans immediately started to speculate about why Khloe might be arguing with her older sister, Kim. Some latest reports are now suggesting that it is Kim’s enormous ego that is driving Khloe crazy . The youngest Kardashian sister reportedly feels like the whole world must spin around Kim lately and she is sick of it. Khloe allegedly said that she honestly does not like who Kim has become as a person and she is blaming it on Kim’s husband, Kanye West.

People, who regularly follow the Kardashian family, know that Kim’s husband, Kanye West, has an unbelievably huge ego, since he compared himself to Steve Jobs, Walt Disney and Michelangelo. Furthermore, not so long ago, Kanye was even referring to himself as a genius.

On the other hand, the youngest Kardashian sister is not the only one who is angry. Reportedly, Kim is also very mad at Khloe, because she still did not divorce her troubled husband, Lamar Odom. Kim told her younger sister that she made a mistake and that she should not have married Lamar in the first place. Since her husband is still reaching out to her, that was really like being stabbed to Khloe. However, some reports are suggesting that Khloe and Lamar may never file for divorce, since they are on speaking terms once again and the couple may get back together for good.

Furthermore, Kim obviously has even more reason to be angry at Khloe, since she was reportedly not very happy when she found out that her younger sister was cozying up to her nemesis, Paris Hilton.

With all of their problems, many reports are suggesting that the relationship between Kim and Khloe might not make it. Allegedly, the Kardashian sisters are at an all-time low and at the moment, their problems really do not seem fixable. However, regardless of the fact that they are reportedly fed up with one another, they are still family.

Things were most certainly not all sunshine and rainbows for the Kardashian family lately. They had several ups and downs, as they faced marriages, divorces, pregnancy, babies, cheating allegations, paternity rumors and of course, Bruce Jenner’s transgender rumors. However, despite the fact that it has a been a rough few years for Kim and her family, it looks like the drama never ends with them.

The Kardashian family may actually be Hollywood’s most dramatic family and this is the main reason why their reality show is so popular. However, with all the drama, fans started to wonder if the relationships in the family are being compromised. If this is actually true, some permanent damage may be caused in the future, once their reality TV days are over. Well, if they will ever be over.