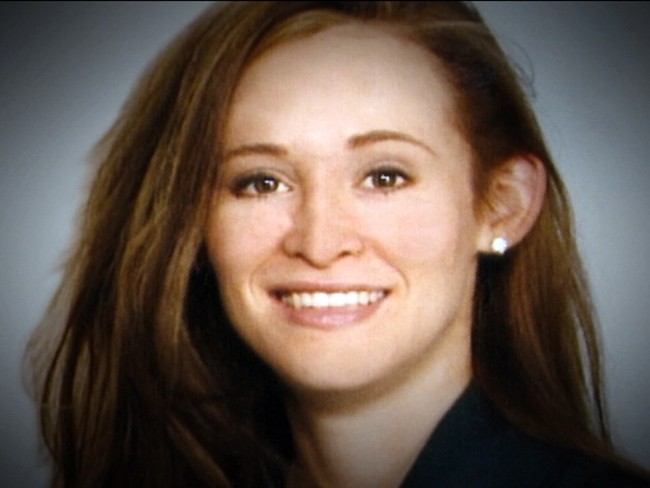 Colorado police have made an arrest in the cold case murder of Paige Birgfeld in 2007. The case drew national attention because of the devoted mom’s secret double life, exposed only after her death, as an escort and proprietor of a prostitution business.

Lester Ralph Jones, 63, was arrested by Mesa County sheriff’s deputies on Friday. He is charged with kidnapping, murder and arson related to the murder of Birgfeld, 34. The Grand Junction, Colorado, woman’s body was found by a hiker in 2012 in Mesa County’s Wells Gulch area. Dental records were used to identify her body. The cold case team of the Colorado Bureau of Investigation was given the case in 2013.

At the time of her disappearance, Birgfeld was a divorced mother of three children. Friends described her as a dedicated mother and a successful businesswoman who sold products for the kitchen and handmade infant slings in order to maintain her upscale lifestyle. On June 30, 2007, Birgfeld’s daughter, just eight years old at the time, and her nanny reported that Birgfeld had not returned from work two days prior. Only after her death was it revealed to those closest to her that she had also worked as an escort and ran Models Inc, a prostitution service. Due to her secret business and lifestyle, investigators had a rough task unraveling the complex connections she maintained.

Although Birgfeld’s red sedan was discovered burned just days after her disappearance, it took another five years for her body to be found. Upon the discovery of the car, bloodhounds followed her scent from the car across the street to the RV repair business at which Jones worked. Another dog hit on Jones’ scent inside of Birgfeld’s car on the passenger seat, but the trail was lost until Mar. 6, 2012. At that time, a tip received by detectives led them to the discovery of Birgfeld’s mandible and skull.

The affidavit filed in the arrest of Jones runs some 46 pages long and contains more details of the escort service run by Birgfeld. According to authorities, Jones was a client of Birgfeld’s and had been for a long time. Matt Lewis, sheriff-elect,of Mesa County, Colorado, told media on Friday that Jones has been a suspect in Birgfeld’s murder since 2007.

Lewis did not detail what led to the arrest of Jones now, but did say that the injuries found on her body were helpful in the development of the case. Direct evidence exists that ties Jones to the killing, but the manner of her death is still unknown.

Jones, who lived in Grand Junction, was employed at Bob Scott’s RV service. His arrest record in Delta County, Colorado, from where he originated, includes domestic violence, kidnapping and sexual assault. A disposable phone used to call Birgfeld’s escort service phone was found where he worked, although Jones denied that it was his phone. He also denied having any information pertaining to a gas can found next to his workstation after the burned car was discovered.

The affidavit also says that Jones frequented escorts until the end of 2011. When interviewed, none of the escorts remembered him as combative or violent.

There is no attorney on file for Jones. He is currently being held without bond in a Colorado jail pending his next court appearance on charges of murder, arson and kidnapping in the death of Paige Birgfeld.