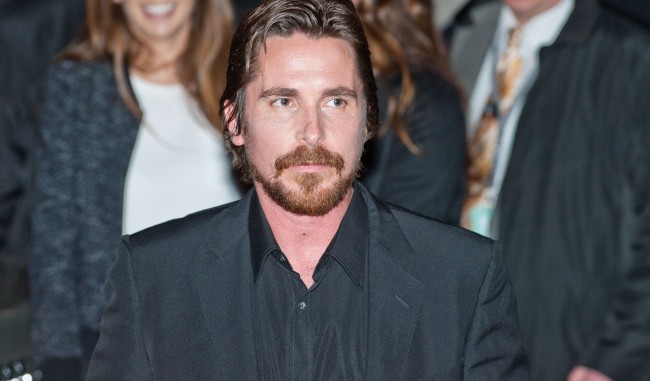 Christian Bale has dropped out and will not play Steve Jobs in the upcoming biopic of his life. This is the second Hollywood actor to drop out of the movie. The first was Leonardo DiCaprio, who decided to take The Revenant instead.

It could be considered as a role of a lifetime, but Danny Boyle is back to the drawing board. Last week, it was announced that Bale may have played the role but that contracts had not yet been finalized and signed. It was a crucial moment, and seems that the two parties could not agree. Now Boyle will have to meet with potential actors to play the role this week.

There are no conclusive reasons for the Batman star to decide not to play the role, but it seems like it was his decision. Sources told The Hollywood Reporter that he decided he was not right for the role, and made the decision to withdraw from the running.

There is little known about the biopic on Jobs’ life. Aaron Sorkin is writing the screenplay, and is thought to have split the story into three parts. Each part will focus on the decisions and board meetings surrounding three major product launches, as well as the founding of the company and losing it before returning.

Sorkin had previously stated that the American Psycho actor was perfect for the role. He was the best actor within an age range that the writer needed. There was no audition, because he was considered so perfect. However, Bale has decided he is not and will not play Jobs after all.

Last week, it was announced that Seth Rogen was in discussions with Sony for a part in the biopic. Rogen will reportedly play Steve Wozniak, who co-founded Apple with Jobs. There has not been an official decision as of yet, and it is unclear just how much of a part Rogen will have. Wozniak left the company in 1985, so there will not be much of a story for them to tell involving him.

There are many high hopes for Bale to play the part of the main character. It would be a difficult role for the Welsh actor, as he would be in every single scene and frame. The lack of downtime between filming may have been a deal-breaker for the high-profile actor, but is also the reason for Sorkin to need the best actor available.

Bale’s departure could mean problems for the filming, which was supposed to start this winter. It is a movie that has been in the works for Sony since 2012, and there is still no actor to play the crucial part. It has been a movie surrounded with problems, with David Fincher dropping out as director in April. There was reportedly a dispute over his pay for the movie.

It could push filming back, but will give Boyle time to find a great replacement. The movie needs the perfect actor, and it will be worth taking the time to find that person. Boyle is meeting with actors this week after Bale decided he will not play the role of Jobs in the late developer’s biopic.