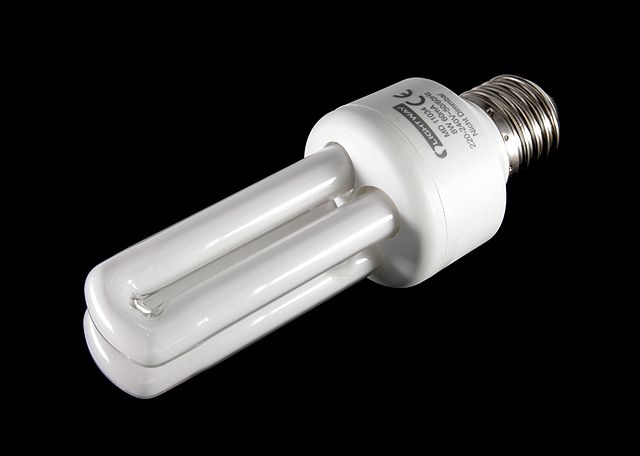 Not since Thomas Edison’s original invention of the light bulb has the design and functionality changed so much, as it has with the recent modification known as energy saving light bulbs. Energy saving light bulbs, or Compact Fluorescent Lights (CFL’s), are a revolution to the lighting industry, but they may be harmful to use. Despite their claims to be safe, there are some who believe these technological advancements to be dangerous to the human body and possibly the environment.

Energy saving light bulbs can be found practically everywhere today, being sold in every grocery store, as well as professional lighting stores. Though it may be true that these light bulbs are more efficient than traditional bulbs, often conserving twice as much energy and saving people much more money on their electrical bills, these bulbs may contain substances that are harmful to humans. After the release of the Energy Independence Act of 2007, it has been mandated that bulbs must be 25 to 35 percent more efficient than previously before and 70 percent more efficient by the year 2020. This process will most likely completely phase out traditional incandescent bulbs as a method of saving energy and reducing greenhouse gas emissions.

Oddly enough, these new energy saving bulbs also require special handling and proper disposal due to the possibility that the substances inside them may be harmful if released. If the toxic gasses and powder inside the bulbs are released they could be inhaled and cause dangerous consequences that may be fatal. Since this is the case, it is possible to assume that the process of those chemicals being heated inside the bulbs while electricity flows through them may also cause dangerous health risks.

One of the toxic chemicals that are contained within these energy saving light bulbs is mercury. Mercury is a highly potent, extremely toxic neurotoxin that is poisonous to human beings and can ultimately destroy all cell-life in the human body. Even at low levels, such as the levels found in these light bulbs, mercury is capable of causing a number of health problems such as impaired motor functioning and cognitive ability and even emotional problems, which can lead to long-term illnesses. Prolonged exposure to mercury can cause serious developmental health problems.

To give an example of how dangerous these bulbs may be, the contents of just one light bulb has the ability to contaminate 6,000 gallons of water. The U.S. Environmental Protection Agency (EPA) states that in order to clean up the contents of a broken energy saving light bulb one must follow a set of guidelines. The EPA guidelines are that all people must leave the room for up to 10 minutes while letting it air out, shut off all central or forced air, do not use a vacuum to avoid spreading the mercury, make sure to collect all broken glass and internal powdered contents of the bulbs and place in a sealable container.

Never before has the breaking of a light bulb demanded people to leave a room for an allotted amount of time to allow harmful vapors to dissipate and then follow a strict cleaning process. This raises some concern in the benefits of using energy saving bulbs in terms of cost and environmental savings, as opposed to the health risks they may cause. Energy saving light bulbs may be of some value, however the harmful dangers of their use should be acknowledged and further examined.

Energy Independence and Security Act of 2007

6 Responses to "Energy Saving Light Bulbs May Be Harmful"