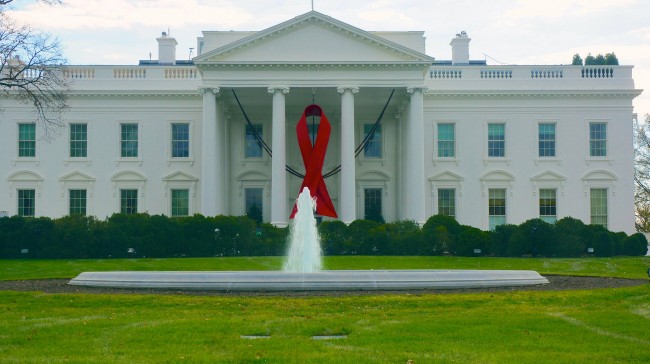 December 1 is World AIDS Day, and as the day approaches there are HIV awareness and activist groups across the country and the world scrambling to take advantage of the small window of increased focus to address the lack of accurate information which has become apparent in the gay and bisexual community.  While the day is not solely aimed at that community, it is one where the numbers of new cases are actually increasing despite what has been a concerted effort at education for decades. In many cases, it is the very success that has been seen in extending life expectancy for those living with HIV and improving their quality of life which has worked against those educational efforts.

Several myths and misconceptions have become common in many of the highest risk populations. People believe that they can’t catch it if they only engage in a certain type of intercourse, or that when treatment is started makes little difference to the impact of the medications. There are things that people are able to convince themselves of to maintain a lifestyle they do not want to have to alter which can end up really harming them. It is a move backwards in some ways from years ago when awareness was high and education was everywhere. In previous decades, that effort at education was equal parts information and fear. It was partly fueled by the lack of knowledge that everyone had about the virus and its treatment. It was a more imminent threat, and listening had more of an urgency when so many people were being diagnosed and dying in rapid succession. It is not a bad thing that treatment has advanced to the point where people are able to live long and relatively healthy lives with HIV now. It is a miracle that nobody who lived through the late 80s and 90s will ever take for granted. The challenge in the current climate, however, is to create the same type of urgency in people to learn about and protect themselves from the spread of the virus without returning to the days of pushing fear along with the facts.

While treatments, and even effective prophylaxis methods exist today which make the early days of HIV awareness look like the dark ages, it has not translated into a stemming of the number of new cases. World AIDS Day is approaching, and there is as much of a need to address the lack of awareness about HIV today as ever. The perception that AIDS is merely another long-term health condition like diabetes, to be treated with a pill a day and not worried about is one which is dangerous to the effort to eradicate new cases. The social stigma that still comes attached to HIV is one of the single largest barriers to effective education efforts. Trying to tell people that the biggest thing they can do for themselves is to be tested and know their status falls on deaf ears when the fear of the public perception and rejection is so much more than the discomfort of wondering and not bearing that label.

World AIDS Day is aimed at breaking that stigma, and as it approaches, countries around the world are releasing statistics and numbers which in previous years would have been held back for fear of the stigma. Instead they are increasing awareness of the fact that the numbers are still growing at a rate that should not be happening in light of the leaps and bounds forward which have been made in terms of treatment. Ireland is facing a crisis with the increase of new cases, but they are facing it with information instead of hiding in shame. Europe and Central Asia are reporting numbers which point to a lack with respect to education and governmental response to an issue which many would rather see swept under the rug. Instead, people are talking about HIV and how to address the issue.

December 1 isn’t about beating people up for not making the grade. It is about making sure that this virus does not approach worldwide epidemic proportions when the only thing that is lacking is awareness and education about HIV and moving toward the day when AIDS  is a thing of the past for the entire world. Until there is a cure, and despite what many have claimed over the past few years, there is not yet a cure, there can be a move toward zero new cases, and 100% treatment. Talking about HIV and not pointing fingers is the way that comes to pass, and December 1 is just the beginning.