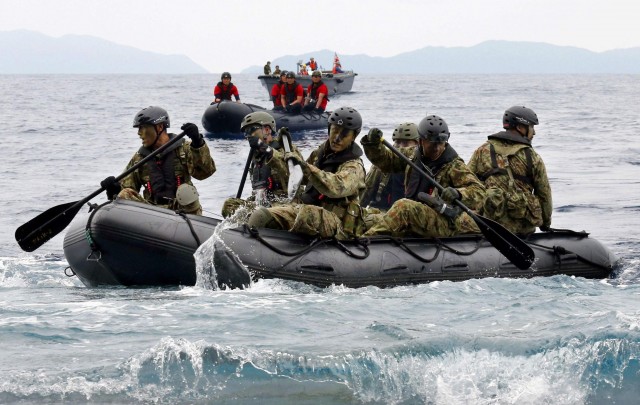 Japan is looking to strengthen its military despite some lingering controversies largely stemming from the island nation’s history of aggression during World War II. It invaded numerous nations during that time, and many felt that it was responsible for committing atrocities that amounted to war crimes. To the present day, Japan is accused, by many of these same countries that it invaded, of having often denied many of the accusations against it during World War II. These have led to hard feelings and distrust – stemming from the events of that time – which have continued to linger to the present day, helping to make moves towards increased militarization highly controversial.

Japan was largely demilitarized following its defeat in World War II. For the time being, it relies heavily on the United States for its defense needs, but that appears to be changing. The days of Japan practicing strict pacifism seem to be over, as it looks to strengthen its military presence and standing despite lingering controversies. Prime Minister Shinzo Abe has made clear his vision of the country playing a key part in what he calls “proactive pacifism” for Eastern Asia. He has been aggressively trying to change the country’s pacifist constitution in order to allow for the beefing up of the military. This move has drawn much attention to the prime minister, and many suspect that Abe is going too far in trying to rearm his nation.

Prime Minister Abe feels that it is necessary for the good of the nation. Not everyone agrees with that notion, however. Debate about this is raging both inside the nation, as well as outside of it. Abe has changed a lot, including the longstanding policy of not exporting weapons. There are concerns about how this will impact the military partnership with the United States that it has had for decades now, although many American government officials have wanted Japan to shoulder more of the responsibility for defense in the region for a long time now and Abe says that this is what he is trying to do. Still, his moves to increase the nation’s military strength have proven polarizing; increasing already heightened tensions between Japan and China in particular.

To that end, Chinese President Xi Jinping and Japanese Prime Minister Shinzo Abe used the occasion of the Asia-Pacific Economic Cooperation (APEC) summit, which is being held today and tomorrow, to hold one-on-one discussions at Beijing’s Great Hall of the People. They tried to come to some kind of agreement on the polarizing history between the two nations, as well as some disputed territory that exists between the two economic powerhouses. Also, China sees Japan as a regional rival in terms of influence and adding a military aspect to that, they feel, could be dangerous. The Chinese were particularly offended by a visit that Prime Minister Abe made last year to Tokyo’s Yasukuni Shrine for the war dead, which the Chinese view as a symbol of Japan’s military aggression during the war. They are worried about what that might mean with a leader now in office who has been aggressively pursuing a significantly beefed up military force, and want Abe to promise not to visit the shrine again. Xi is urging the Japanese to proceed with caution when it comes to military and related issues.

Both sides acknowledged that differences still exist, but Abe felt that the meeting was a good first step. He recommended establishing stronger communications between the two nations. Yet, he stopped short of making any promise not to make a return visit the Yasukuni Shrine. One thing remains very clear, however, is that Japan’s Prime Minister Abe will continue trying to strengthen the military, despite these lingering controversies.