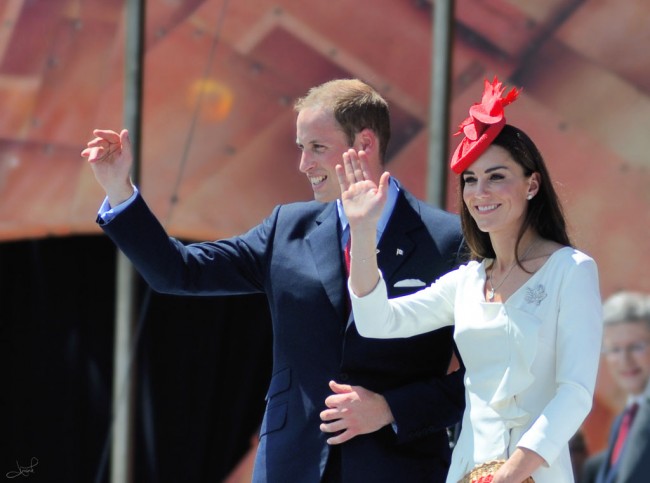 Kate Middleton, was captured in photos and news reports while she made a public appearance with her husband. According to Mail Online, they spent the early part of the day visiting to an oil refinery in Wales. Kate Middleton was greeted by those who were happy to get a visual update. Since Middleton has suffered from morning sickness, this was her latest public appearance since the announcement of her second pregnancy. She has been recovering nicely, able to greet her public.

All seemed well with Kate Middleton, as reported by Hollywood Life. After the refinery visit, the couple enjoyed a rugby match. Then, before the she could complete the activities for the day, the Duchess became under the weather, according to Wales Online.

Reportedly, the evening’s agenda included meeting former international rugby players and their families. The significance of the meeting and subsequent reception was to fellowship with Welsh Rugby Trust beneficiaries. The trust, for which Prince William is patron, supports former rugby players who have sustained serious injuries playing in Wales.

The Duke was offered to take photos, but reportedly declined to take a selfie. Otherwise he shared an important aspect with the group. The prince, shared his grandmother’s chocolate biscuit cake recipe for inclusion in a cookbook. The cookbook will be launched, and ultimately aid the charitable trust.

Earlier, while Middleton went about the first part of the day, she easily set off anticipated speculation. The blue coat she was wearing became questionable as to whether it was a clue about the baby’s gender. According to Inquisitor, Middleton has been wearing a lot of blue, in general. The article went on to state that their sources indicate the Duke and Duchess are waiting to find out the gender, and it will be a surprise to them, as well.

In theory, there was little reason to speculate about the gender. Speculative reports have been released with regularity. The only problem is, it is not known which report is to be believed. In an International Business Times article, it was reported that a tabloid reportedly possessed confirmation that Middleton was having a baby girl. Before that so-called confirmation, at one point, Middleton was reportedly having twins.

As public appearances are no longer new, but a regular part of Kate Middleton’s life, she may or may not tire of the constant attention. Often, the media, as well as, onlookers are seeking to study her style, access the size of her baby bump, or even to read her facial gestures, if possible. This is precisely the gist of a recent article by Celebrity Laundry. Middleton was described as looking strained given the revelations that her sister Pippa is being courted for a Today Show job.

Whether the Duchess was strained or not, is not verifiable and the public can only watch and wait to find out what may or may not happen concerning Pippa. A plethora of reports are regularly released about the Duke and Duchess. Unfortunately, while a Kate Middleton public appearance is news, often, without royal intervention, it is difficult to separate speculation from facts.