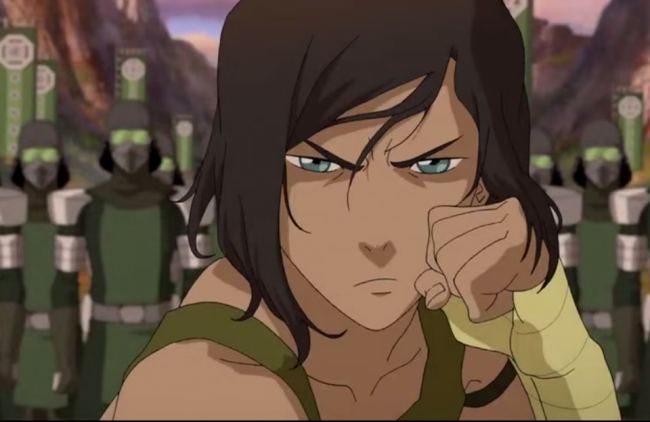 Since Kuvira’s introduction as the great uniter antagonist, Legend of Korra viewers were waiting for the fateful duel between the avatar and the self-appointed dictator. Episode six of Book 4 finally gave fans what they have been patiently waiting for but it seems that Kuvira is not the main antagonist this season. During the anti-climactic battle, a twist of events finally revealed the real villain that the protagonist must overcome in Legend of Korra: Book 4. Once again, Korra was defeated by the spirits of her past and humiliated in battle. It seems that the young protagonist still has some cleansing of the soul to do before she is ready to take on any new threat.

Following Kuvira’s march on Zaofu, the last remaining free nation within the Earth Kingdom, Su Beifong finally decided to take a stand. Of course avoiding putting a large fleet in danger or waging a war against Kuvira’s vast army, Su decided to go on stealth Earth/metal-bending ninja with her twin boys and take out Kuvira in the middle of the night. Not the brightest of plans but definitely interesting to finally see Su take on an enforcer role and ninjas are always exciting. With a plan that any Legend of Korra viewer could have figured out and lack of manpower behind the attack, Su was easily tricked with the help Zhu Li impersonating a sleeping Kuvira. Su and her children were easily defeated and the truce was broken. Zaofu was now free for Kuvira’s army to break down the metal lotus walls and take control. 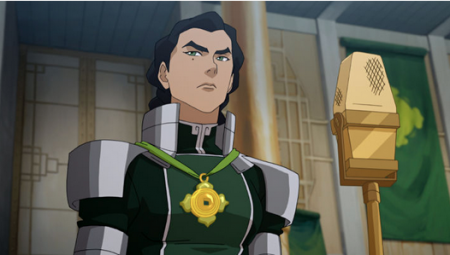 The last remaining hope for the city was the newly recovered avatar Korra. After removing the last remaining metallic poison in her body, with proper tutelage from Toph, Legend of Korra viewers were optimistic that the hero was back in action and ready to stop the impending march on the sheltered city. In a means to take the higher road, look better in front of her army and even further stroke her ego, Kuvira challenged Korra to a one-on-one duel for the fate of the city. The young heroine, accompanied by Opal and Jinora, seemed confident enough to take on the challenge (she is the avatar and all) and even assured onlookers that she was only going to use the avatar state as a last resort. Considering that Korra has been training with a Yoda-esque Toph for the past couple episodes, back in good health, mastered all elements, is the first avatar to metal bend and sporting a new femme fatale hairdo, this fight should have come easy.

In a turn of events that should have surprised no one, Korra was struggling to take down the “great uniter.” Since the two were dueling out in the plains, there was no water element for the water bender to take advantage of, so the remaining three were her only defense. However, Kuvira is a trained fighter that has been perusing the Earth nation for the past three years taking down bandits and subjugating any defiers to her will, thanks to her endless metal shard armor she possesses. While Korra soul searched and wallowed, Kuvira was amassing an army and taking forcible control of Legend of Korra‘s largest continent.

Kuvira was not an adversary to overlook or undermine and the duel ended up becoming more of a smackdown than an actual fight. In the last few moments before the young protagonist was basically further embarrassed, she changed into the avatar state and took control-finally. Just as soon as viewers thought it was over for her, Korra quickly brought Kuvira down, but it was short-lived. Just at the moment of sure defeat, Korra saw that same apparition that plagued her in the beginning of the season and choked. She gave up, more or less, and Kuvira did not hesitate to take full advantage of her dazed opponent. Thanks to a beautiful illustrated scene, the two air bending rangers rescued Korra before she was killed by Kuvira and narrowly escaped. The agreements of the duel were broken and the city was now for Kuvira to overrun. 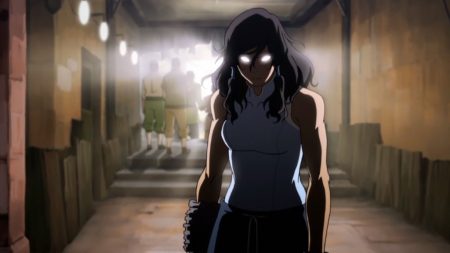 With her inner demons of previous episodes of Legend of Korra still plaguing her, there seemed to be no hope in sight-or was there? Thanks to the comedic duo Bolin and Varrick, who escaped from Kuvira’s train in a hilarious scene, the two just may help bring together the rest of team avatar to stop the tyrannical uniter and help Korra get back to a respectable fighter.

Considering that the previous episodes of Legend of Korra have felt a little rushed this season, Battle of Zaofu was an action-packed, comedic delivery that fans needed. Yet again Korra was bested by the Legend of Korra:Book 4‘s antagonist, which will probably lead to more soul searching and rehabilitation in future episodes. It seems that the traumatic effects of Korra’s near-death experience last season have scarred her deeper than any remaining metallic poison could and the young heroine has to continue to search to find balance within herself. The healing process will take time,but hopefully not too much.