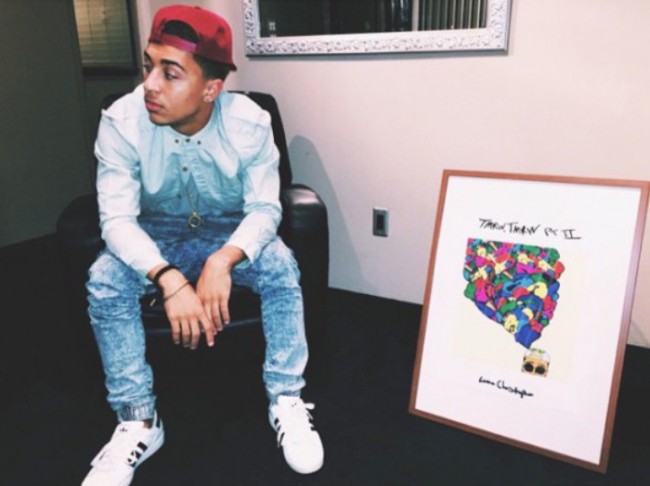 It has been a long time coming for Luke Christopher fans. The self-taught singer/songwriter/producer has come a long way from signing when he was 15 to releasing a plethora of mixtape and free singles. Now at 21, the west coast emcee has more than enough skill and talent to make waves within the music scene. His follow-up to the 2012 mixtape TMRW TMRW, is nothing less than a solid and cohesive tape that shows off Christopher’s ability to deliver a well-written rhyme over orchestrated beats.

Ushering himself in with a herald of drums, singers, and percussions on Parade, Luke Christopher comes through TMRW TMRW pt. II listeners’ eardrums with some boisterous rhymes on The Boy is Here. With just a mixtape and singles behind him, he is already claiming to feel like Jay-Z on his hunger for success and taste the finer things in life anthem Million More. Making a name for himself, the momentum takes a slight turn to slower turn with the moody and uplifting Weather. The addition of Baily on the hook make for a Dido-esque vibe that further amplifies the positive track about rising above the faults and set backs. Up With the Birds continues to pump the breaks on the high-energy feel as Luke Christopher gets more reflective and draws listeners into more of his personal worries and goals. If this was in concert, this is the time that concertgoers take their seats or raise their hands as they feel the words coming from the young spitters mouth as he pleads to be in a better state of being. 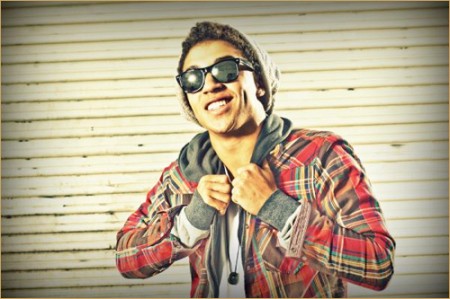 Before the musical journey of TMRW TMRW pt. II gets a little too emotional, Luke Christopher flips it up with the appropriately titled track Energy. One of the smoother tunes that incorporates  some jazz-influences with a confident flow about chasing woman. This track is easily one of the repeatable and catchy listens that is nostalgic of the days of a De La Soul or A Tribe Called Quest-circa Bonita Applebum. The Foster the People and Wave Racer co-produced I Think I Love HER‘s title may sound somewhat familiar to Common aka Common Sense’s early career hit, but is a modernized feel-good anthem. Infusing some synth, electronica and piano chords, this upbeat tune is the soundtrack listeners could play when they find their first summer crush.

More than just a feel-good vibe and chasing after a beautiful woman that crosses his path, Luck Christopher tries to show off his softer side. The Shlohmo co-produced track Just a Moment shows a softer side as he croons over a gentle, neb-soul beat. One of the more memorable tracks, and easily could be a single, Ms. Holy Water finds the young emcee calling for that beautiful to embrace his good love. While the dance/electro track Roll With Me has Luke Christopher doing the pseudo-rap/singing as he asks her to leave that boring party and come with him on a new adventure. Not as memorable and easily orchestrated track geared towards more mainstream listeners, the song is one of the weaker tracks on the project.

A Cali-boy through and through, TMRW TMRW Pt. II encompasses the feel-good vibe and words of positivity throughout the project. Luke Christopher is definitely not a part of the popularized street life that is becoming a norm in the Hip-Hop genre, but only hear to deliver some good music and good times. There is a certain sound of youth in his music that can easily translate to mainstream. Though there may have been some real struggle in the young rapper’s life, TMRW TMRW Pt. II focuses a little more on relationships and love then the introspective. Still, as a 90 percent completely self-prodcued and written project, this tape showcases a talent of a Bystorm Entertainment/RCA Records artist that has potential to really blow-up in mainstream Hip-Hop.

You Know I Got Soul