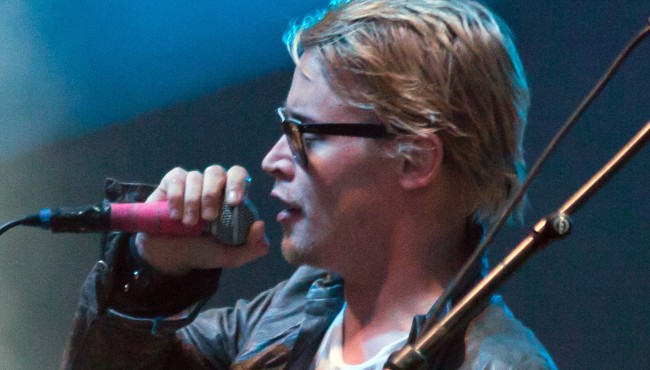 Macaulay Culkin has responded to the hoax about his death. He took to social media to share that he was alive and well, and showed that he still has a sense of humor.

Over the weekend, there were a series of reports that suggested the Home Alone actor was dead. Many people took to social media in a panic after reading them, but soon found that they were falling for yet another hoax. There are a number of celebrity hoax sites online, and it is important for people to check the nature of a website before believing everything they read.

Once people found out that the actor and musician was reportedly dead, a Facebook page to commemorate him was created. It gained more than a million likes before it was finally confirmed that he was not dead. Shortly after that Culkin responded to the death hoax with his sense of humor. He recreated the Weekend at Bernies scene with his band, and posted it all over Instagram.

Culkin later shared a photo of him smiling, telling everyone that he was on tour with his band. His first tweet was a simple “I’m alive.” Of course with others possibly having access to his account, he decided that photos were the way to go to prove it all.

The Facebook page to commemorate the actor was soon taken offline. It was just adding fuel to the hoax, and was unneeded.

With today’s internet, it is possible for hoaxes to start about anything and everything. While celebrity deaths are popular, some sites choose to start hoaxes about actors leaving TV shows and celebrity couples announcing controversial news. Over the last year, Selena Gomez and Justin Bieber were expecting twins and Jim Parsons was leaving The Big Bang Theory according to hoax websites. They were soon proved to be false.

For many sites, the clue is in the writing. The piece about Parsons leaving the popular comedy show included false information, including that season eight of the program had already began filming, which was not the case. A hoax about the death of Betty White used play on words. The satire piece said that White had “dyed,” which really confirmed that she dyed her hair.

The Home Alone actor continued to have fun with the death rumors. He took to social media a lot with recommendations for restaurants and re-enacting various scenes from Weekend at Bernies. Culkin used his sense of humor as a way to respond to the death hoax from the weekend, and it was extremely effective.