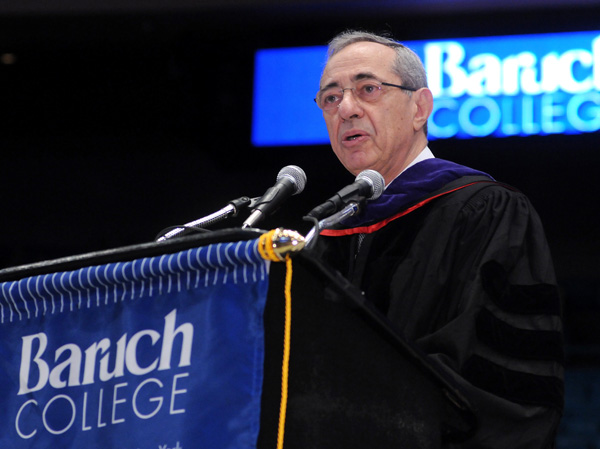 Mario Cuomo, the former New York governor, has been hospitalized for an undisclosed heart condition, according to the governor’s office. The news was announced on Saturday, November 29. The 82-year-old father of current Governor Andrew Cuomo (D-NY) was a three-term Democratic governor of New York, from which the elder statesman held office from 1983 to 1994.

Details of the former governor’s heart condition and prognosis were not released, including which hospital the elder Cuomo was admitted into. The former statesman and his wife, Matilda, continue to reside in Manhattan.

According to reports, Mario Cuomo spent Thanksgiving at a Manhattan hospital with an undisclosed heart condition. The elder statesman was last seen in public at his son’s re-election celebration on November 4. While the former statesman made no remarks that evening, he was introduced by his son and walked out in front of the crowd as part of a unified family showing of victory. He was hospitalized several days later. His wife, Gov. Andrew Cuomo, and the rest of family are reported to be frequently seen at his bedside.

The elder Cuomo served as the 52nd Governor of New York for three terms (1983-1994) and Lieutenant Governor of New York from 1979 to 1982, as well as Secretary of State of New York from 1975 to 1978. The former statesman was known for his liberal policies and eloquent public speeches. In fact, his keynote speech at the 1984 Democratic National Convention (DNC) in San Francisco, California, where he attacked then-President Reagan’s record, placed him in the national spotlight, and he was widely considered a front-runner for the Democratic nomination for president in both 1988 and 1992. However, he declined to seek the nomination in both instances. His legacy has served as an inspiration for many Democrats and led to his nickname as the “Hamlet on the Hudson.”

The former governor was defeated for a fourth term by George Pataki in the so-called “Republican Revolution” of 1994 and he subsequently retired from politics. He is the father of five, including current New York Governor Andrew Cuomo and journalist Chris Cuomo, who is currently a correspondent at CNN.

The former governor is a native New Yorker, who was born in the Briarwood section of Queens to Italian immigrants. His father, Andrea, was from Nocera Inferiore, Italy, and his mother, Immaculata, was from Tramonti. The family owned a store located in South Jamaica, Queens in NYC. He attended public school (New York City P.S. 50) and St. John’s Preparatory School. The former statesman was also a baseball player, and while attending St. John’s University in 1952, he was signed as an outfielder with the Pittsburgh Pirates baseball franchise. He received a $2,000 bonus that he eventually used to help purchase an engagement ring for his wife. During his short-lived baseball career, batting helmets were not required equipment. Cuomo played for the Pirates until he suffered a head injury, which ended his sports career.

After his injury, the former governor returned to St. John’s University and earned his bachelor’s degree in 1953. Then, he pursued a legal career and attended St. John’s University School of Law, from which he graduated tied for first place in his class in 1956. Despite having been a top student and obtaining prestigious clerkships, Cuomo encountered ethnic prejudice when he applied to law firms. This attitude was commonplace at the time and led to his rejection by more than 50 firms before he was hired by a small but established office in Brooklyn, NY. In addition to his work as a practicing attorney, Cuomo was also an adjunct professor at St. John’s Law School in New York City.

Former New York Governor Mario Cuomo has been hospitalized for an undisclosed heart condition. The 82-year-old former statesman was a three-term Democratic governor of New York and held office from 1983 to 1994. Details of the former governor’s heart condition and prognosis, including which hospital the elder Cuomo was admitted into, were not released. The elder statesman and his wife are lifelong residents of New York City.

One Response to "Mario Cuomo Hospitalized for Heart Condition"