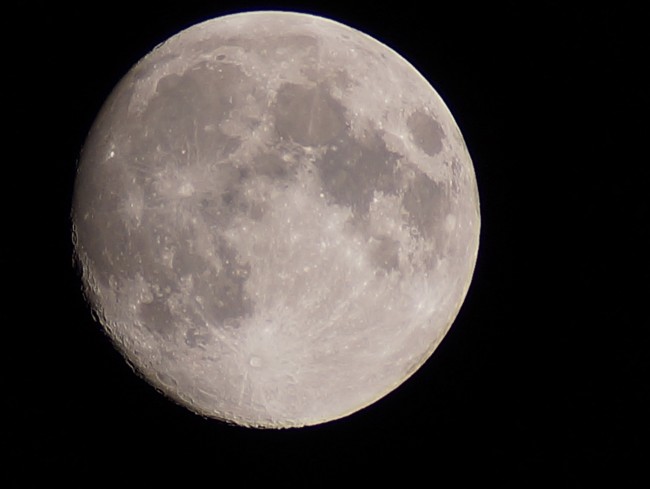 In ten years time, the moon could see the next stage of space exploration with a mission to deposit a time-capsule just below its surface. A new Kickstarter campaign has been launched to provide funding for the time-capsule project and with its help, the moon will receive an interesting visit from its terrestrial neighbors. Called Lunar Mission One, a high-tech drill will be launched to the moon in order to drill into the surface and take samples. Before it leaves, it will deposit a time-capsule containing a general history of humanity and the earth as well as personal items from the people who donate to the project. As of today, the project has about half of its funding goal supplied which is convincing evidence of the world’s continuing fascination with space. But some people are a little more skeptical of the time-capsule idea than others.

For the people who conceived of the campaign, it is a labor of love and a hearkening to the wonder that so many people used to have about space. In recent years, the drive to explore outer space and make new discoveries on different planets seems to have waned or at least the funding has. There seems to be a dearth of kids interested in becoming scientists who will study the stars or even inclined towards science at all. With that state of affairs, it may seem a bit grim to drum up support for the project, but response has been good and the campaigners think they have found a way to get people excited again.

David Iron who is one founder of the project and its associated non-profit, Lunar Missions Trust, said that the project was a sentimental project for many people, an “emotional thing.” It certainly captures the imagination. By leaving a time-capsule on the moon, people can receive some satisfaction from knowing that their personal item, whether it be DNA or something else, will have a place among the stars. After all, the stars have exercised a huge amount of fascination over people for millennia and they still represent one of the biggest exploration frontiers there may ever be for humanity. Just less than a hundred years ago the idea of going to the moon was science fiction, but now we may be moving into a new era of thinking where something as silly as a time-capsule is not only possible, but real.

Still there are some people who think the entire idea is nothing more than part of humanity’s impulse to act without cleaning up after itself. A Washington Post article reminded people that humans have left a lot of trash and other junk on the moon as part of its exploratory endeavours. NASA actually has a Trash Catalog which lists every bit of litter that various missions have left behind. These include the very expensive gear used to explore and catalog the moon as well as more disgusting articles labeled as “Defecation Collection Devices.” One entry in the catalog is innocuously named “Bag, Emesis,” which anyone with a dictionary will discover is really just a bag of vomit. Perhaps with such things already cluttering the surface of the moon, humanity does not need to leave a time-capsule. They have already left enough of their trash to suffice.

But one thing that such skepticism does not address is the romance of space exploration and being a part of the universe in an interstellar way. It is the intent behind the project that makes it different from the litter that has already been done. The desire to leave behind a trace of oneself for the future to someday discover is a truly human longing and not really that mockable. If it were, then people would have to laugh also at themselves as they try to go about everyday life, raise families and in many ways “leave their mark on the world.” The moon will, in this respect, be receiving more than just a time-capsule full of trinkets, but will be safeguarding the hopes and dreams of those people who helped the Kickstarter along and put a piece of themselves into it.