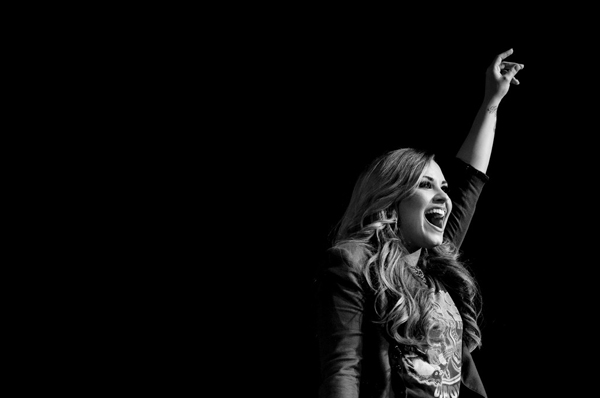 Demi Lovato has admitted that she has essentially cut all ties with former close friend Miley Cyrus, as they have grown apart over the years and have virtually nothing in common. She made the comment during a recent radio interview conducted with AMP, which occurred in Boston.

When asked by the interviewers to describe her current relationship with the Wrecking Ball singer, the 22-year-old was originally hesitant to relay any information surrounding their friendship. After engaging of somewhat of a verbal roadblock, Lovato eventually opened up about the issue and explained the situation to the hosts. She referred to the pair as being acquaintances, a statement which prompted further prodding from the hosts as to what she meant by this and why things have changed from how they were before. In regard to these questions, Lovato responded that people change and that the two simply found other interests and therefore moved on with their lives. She ended the discussion by saying that the pair had little to nothing in common, and therefore being as close as they used to be was just not possibly anymore as they have different priorities and want different things out of life at this current time.

There is speculation that the pair’s friendship did not last due to the polar opposites in lifestyle choices between them, a matter which has grown significantly over the past few years. This is regarding the fact that Cyrus has become something of a party animal since the end of her Hannah Montana days, a mentality that Lovato has publicly stated she has no further desire to engage in given the struggles she has endured in that area throughout her life. Given that the New Mexico native went through an incredibly difficult process to get sober and healthy following her entry into rehab a few years ago, it is understandable that Lovato would want to take herself out of temptation regarding re-entering that kind of lifestyle.

The rehab admission in reference took place in November of 2010, when Lovato voluntarily admitted herself to a facility to deal with physical and emotional issues. She struggled from both an eating disorder and addiction to self-harm, issues she was extremely candid about via lyric expression in the extremely emotional song Skyscraper, one of the most prominent track on her 2011 album Unbroken. Her personal struggles reportedly came to a head during the Jonas Brothers Live in Concert tour, when she suffered an emotional breakdown that resulted in her punching a backup dancer in the face after a heated argument. Lovato subsequently withdrew from the tour, and made the decision to enter said facility in order to better deal with her health management. It is rumored that much of her troubles stemmed from her tumultuous relationship with Joe Jonas, the fan favorite of the aforementioned group she was touring with when the aforementioned breakdown occurred. The union allegedly started as a PR stunt planned in order to boost relations with fans, as the pair were as equally popular in terms of the up and coming pop scene at the time. However, Lovato is said to have fallen for Jonas during their time together, something he did not reciprocate enough to build a substantial relationship for the two of them. She reportedly took the split extremely hard and fought immensely to get through, something that again is detailed in the above mentioned track Skyscraper.

It remains to be seen whether Demi Lovato’s feelings of mere acquaintanceship are shared by former best friend Miley Cyrus. The latter former Disney star has yet to respond to the Neon Lights singer’s recent interview comments.