Patriots Blind to the Hype 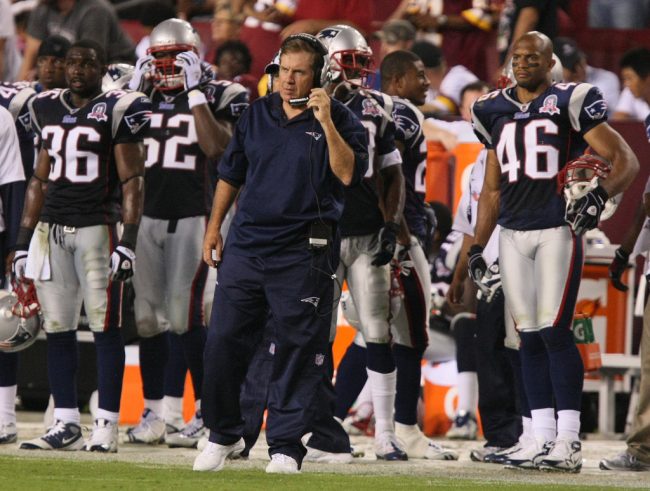 The Lions go down in a whimper as the New England Patriots roll ahead blind to all the hype. The Patriots win again and there is never enough information on everything New England and Tom Brady. Each win gets the team one step closer to that elusive fourth ring. Can they do it? Taking a page out of Barack Obama’s campaign, yes they can!

On paper, these two teams are just about evenly matched with the Patriots record at 9-2 and the Green Bay Packers improving to 8-3 as of Sunday. New England has won seven games straight and Green Bay has won seven of the last eight games. Thanks to the Cardinals’ lost to Seattle, the Packers advance as pack leader in the NFC. New England on the other hand has been leading the AFC for several weeks and show no sign of slowing.

Patriot nation has won 14 straight games against NFC North teams and currently sit on the record for the longest current streak by any single team against any division. Patriots play calling is solid and the wisdom of Belichick is unquestionable. All skeptics should just check the results. LeGarrette Blount was brought back just five days after the Steelers cut him and scored the same amount of touchdowns in one game he did all year with the Steelers. He scored twice raking in 78 yards off 12 carries even after rookie Jonas Gray had a stellar performance the week prior.

Gray was benched this past weekend against the Lions allegedly due to failure to adhere to Belichick attendance law. In the minds of most Patriot fans, Gray should have had an encore performance. Belichick saw different signing Blount off the streets. Gray saw no playing time against the Lions. He straddled the sidelines helmet strapped tucked beneath his chin. “We do what we think is best,” according to Belichick.

It should come as no surprise that New England’s reliance on Gray is not necessary to win games. The Patriots are the NFL’s chameleons, rushing heavy one game and throwing over the top the next. If there is one thing the Patriots do best, it is keeping the opponent guessing. The Patriots are able to adapt to the opposing teams easily and it is not limited to just the offense. The defense has shown their versatility being called “hybrids” by cornerback Darrelle Revis

The game plan is strictly adhered to according to safety Devin McCourty. Their capabilities go hand in hand with tight end Rob Gronkowski’s ability to shake off his hesitancy from knee surgery and go out and make key plays.

Not to be distracted, the Patriots are blind to their accomplishments this season and are not buying into the hype. Brady said during his interview with WEEI’s Dennis & Callahan show that so many games still remain in the season that the only game that matters would be the next one. Nine wins in the bag, it is expected that the Patriots would be a shoe in for the playoffs at the least but as the weather changes, the mental toughness and discipline becomes a factor.

Blind to all the hype, the Patriots are aware of the numbers. They are currently number one for scoring offense in the league with 32.5 points per game with the Packers a close number two with 32.2 points. While the Patriots ride the high of their seven game winning streak, the Packers are number two for the current season with three, tied with only the San Francisco 49ers. Come Sunday one team will own the longest current streak for the season. The Packers may be undefeated at home this season but the Patriots are at plus-130 while the Packers sit at plus-108 at point differentials.