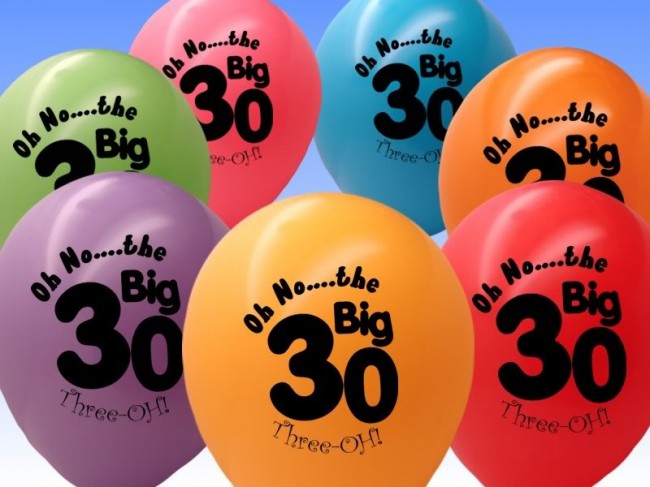 Facing the big 30, 40, 50 and other milestone birthdays tends to encourage people to take stock and make major changes – good and bad – in their life. The years ending in nine lead people to reassess their fitness, finances, love life and careers, according to several research studies.

Six research studies have done to gauge whether and how people might change their behavior of aspects of their lives when they are 29, 39, 49 or 59 years old. The researchers, from the University of California Los Angeles (UCLA) Anderson School of Management and the New York University (NYU) Stern School of Business, determine that milestone birthdays are pivotal and lead to more big changes than other years.

A UCLA marketing professor Hal Hershfield and his co-author Adam Alter up developed the concept for their study during a discussion about greeting cards and what a big deal people make around the milestone birthdays ending in 0s. Hershfield noted that 30, 40 and such are not birthdays with official, legal changes in status, like 13 (bar mitzvah), 16 (driving), 18 (adulthood), 21 (drinking) and 65 (eligible for Medicare). However, facing a new decade, leads people to “step back and question essentially the meaningfulness of their lives,” according to Hershfield.

The researchers used data from the U.S. Center for Disease Control and Prevention (CDC) along with information on extramarital affairs from a Web site for people seeking affairs and another Web site that tracks marathon results. They looked at in which years people were most likely to commit suicide, train hard for a marathon or start an affair in their research, which is published in the journal Proceedings of the National Academy of Sciences.

CDC data from 2000 to 2011 was used for a study on whether the prospect of reaching milestone birthdays results in more people taking stock negatively and taking their own life. They found that the suicide rates for the years of life ending in nine (i.e. 39) are slightly higher than the rates for other years.

Facing a milestone birthday leads people to train harder for running a marathon and pursh themselves more during the race. They found that those who have run multiple marathons, including in a year ending in nine, ran faster in those years than two years before or two years after.

Another of their studies found that, out of 8 million male users of the affair-arranging site, over 950,000 males were registered whose ages ended in nine from 29 to 59. That represented 18 percent more than would be expected compared to other ages. There was a similar trend for females, but not as strong.

Study co-author, Alter, expressed the hope that the study gives people pause to think about why they choose to make the major changes in their lives instead of focusing on milestone birthdays. He pointed out that there really is not difference between turning 29, 30 or 31. However, Alter noted, “Our culture emphasizes years like 30, 40, 50, and 60, but we shouldn’t let that shape how we live our lives.”