By Stevenson Benoit on November 27, 20143 Comments 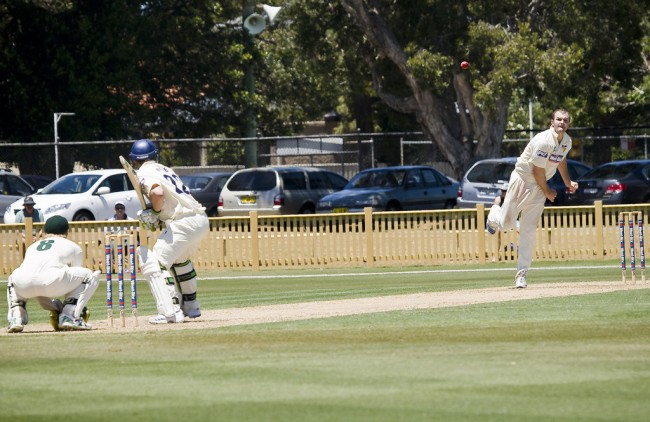 Phillip Hughes, Australian cricketer died two days after being struck by a ball during a cricket match. In what many are proclaiming to be a freak accident, Hughes was struck in an area of the neck that was not protected by the helmet. The force of the strike pierced his vertebral artery causing cerebral hemorrhaging to the brain according to news reports. Health care workers induced coma in an effort to save him.

Hughes died in a Sydney hospital on Thanksgiving with grief, sorrow, disbelief and shock being expressed by fellow players and sporting figures around the world. Hughes, 25, represented Australia in one-day games as well as longer contests called test matches. He was regarded as a player with a bright future even with a sometimes uneven record in the national team. He would have celebrated his 26th birthday on Sunday.

During the cricket match, Hughes momentarily placed his hands on his knees after being stuck by the ball and than fell face forward and lost consciousness before dying two days later. Biomechanical experts state that the impact is similar to being struck by a bullet. One expert estimated the speed of the ball to be around 53 miles per an hour when it struck Hughes. A cricket ball is approximately 160 grams and is smaller but harder and heavier than a traditional baseball.

The BBC reported that he sustained a severe head injury from a “bouncer” pitched by New South Wales’ Sean Abbott. The use of bouncers has been debated heatedly in the sport. Bouncers strike players on the upper body or on the helmet but many experts and commentators claim that these aggressive tactics are just a regular part of the sport.

His passing left many of his fans stunned. With all the protective gear, including pads and helmets, it is not unusual for a ball to strike a player but fatalities are uncommon. Cricket is Australia’s national sport which prides itself in skill and courage.

Cricket balls are similar to regular baseballs but heavier. They regularly reach speeds topping 90 miles per hour. The Associated Press tallied only four deaths since 1870 caused by cricket balls hitting batters. The most recent fatality prior to Hughes was Darryn Randall, 32, in South Africa last year.

As fans mourned his passing, the Australian flag was flown at half-staff over cricket grounds in Melbourne and Sydney. Scheduled games as far as Sharjah in the United Arab Emirates were suspended. Stars of the sport from Australia, Britain, Sri Lanka and elsewhere were in shock.

The tragedy touched the lives of millions of Australians according to Prime Minister Tony Abbott. Australian sports commentator and former spin bowler, Shane Warne, woke to the “horrific news about Hughesy.”

Hughes first made his debut back in 2009 when Australia played South Africa. He scored 100 runs in back to back games in Durban, South Africa, an accomplishment referred to as a century. He was dropped from the team that same year when English bowlers took advantage of his unorthodox batting style to hold down his scores. His last appearance on the national team was in 2013 as he worked his way back onto the team. Phillip Hughes was scheduled to be recalled to the team when he died after Tuesday’s cricket match.