By Brian Whittemore on November 29, 20144 Comments 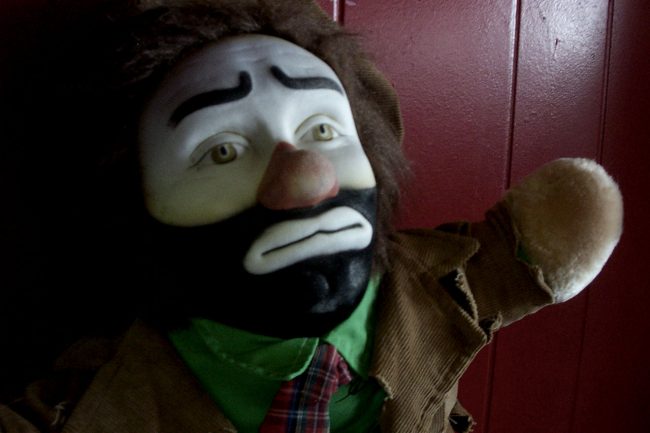 I believe it was only yesterday that I wrote a post deriding Black Friday as something along the lines of the kind of possibly malignant lump that a person really ought to see their doctor about, and then today while I was browsing through an RSS feed, I saw it: Small Business Saturday. Dear god, I assure the reader that I did not physically vomit, but I have the sense that I did astrally, or in some other spiritual, esoteric sense. Yes, my soul threw up.

This is another blog post, and in my imagination that carries a certain degree of intimacy. So, I am going to tell you the truth of things while I narrate my day and pretend it is a well-written article. I went straight to Wikipedia.org to see what this was about. My findings? Apparently Small Business Saturday is the retail equivalent of a partial-birth abortion, brought to you by American Express. Yes, literally the most obscure credit card. I am certain that some rural area in Bhutan has a Diner’s Club Card that is more well-renowned. Small Business Saturday, huh? Yeah, because you can totally wring blood from a stone after Thanksgiving and Black Friday (that now runs for the entire month of November [not sure that I am allowed to be that inaccurate, so to clarify: that was sarcasm]).

Do not worry, however! I will be finding sources other than Wikipedia (even though I personally disagree that they are any worse than the rest of what we call news these days) in my quest to inform the public about this. Lord only knows if you finish November with two pennies to rub together, then your bourgeois butt needs to hand them over. Why on earth did they decide to place another toll booth between Thanksgiving and Christmas?

I do not want to ruin the moment by swaying the flavor of this uniquely savory disgust, too much towards the more fecal notes of politics, but the thing is, small businesses are good. I just want to get that out there. Small Business Saturday, however, was not created for small businesses. I mean, sure, somewhere in the fine print American Express apparently commanded their legions of loyal followers (Ha!) to use the hashtag they gave them on Twitter to kindly mention Dick’s Hardware or whatever generic retail entity suited their vision. But what American Express probably really wanted to say was, “We want you to know that once you max out your Visa and Mastercard (you know, your real credit cards), we will give you another one (oh really?). With an interest rate that will require the use of scientific notation to accurately reflect in print (expletive).”

Yeah. Small Business Saturday. It is what this whole post is about, and I can still barely bring myself to use it in a sentence outside of the classic male stalling technique of parking it next to a filler word with the onomatopoeic effect of a grunt. Ugh. Huh. Yeah. And then, follow it up with the worlds’ most passive-aggressively sarcastic “O.k.” (the way my step-kid says when asked how her day was). By the way, I told you I was going to narrate. Pretend it is “meta” or “breaking the fourth wall” or something artsy. No refunds.

Small businesses are awesome, alright? According to a section of NBC.com that a link tried to convince me was an entrepreneur magazine (I know, right?), they account for somewhere between 60-80 percent of new job creation. I also tend to think that those figures include industries other than retail, but again with my best interpretation of teen angst, whatever. Small Business Saturday is the retail equivalent of a celebrity name conjunction, (oh my god I just made myself Google celebrity couple names.. ugh) (no, seriously, I clicked to another tab after I hit “enter” and it was hard to make myself go back to it) (wait, this is the pay-off where I try to sarcastically make one up) like Jessitin Bielerlake or Blayan Lenolds (at least I am freaking awesome at it!). But seriously, I would rather spend the rest of November watching Golden Girls with my mother in law, and I mean continuously, without sleep, than step foot in a store on Small Business Saturday or Sub-Prime Mortgage Sunday or again, whatever.

NBC News
Newsday
Ny1.com (Literally never heard of them before)