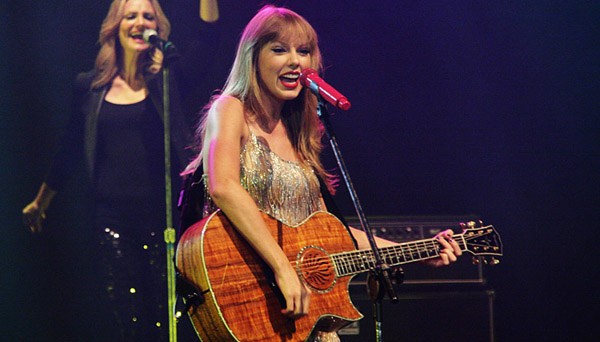 Taylor Swift’s record label has gotten into the fight with Spotify, and fired back at claims over money. Just last week, the country singer chose to take her music off the streaming service, claiming that it was just a “grand experiment,” and Spotify was not happy.

The music streaming giant claimed that Swift had made $2 million over the last 12 months. Her music was extremely popular, and had been played millions of times. The problem for the Love Story singer is that the artists are not paid enough for each time a track is played. A lot of effort and work goes into creating an album, and she believes listening to music for free devalues it.

Daniel Ek, CEO of the music streaming site, believes that her single Shake It Off could have made $6 million a year if she left it on there. That is just one single, so she could have made much more with all her tracks on the service. However, CEO of her record label, Big Machine Records, Scott Borchetta claims that she never even received the $2 million Ek said she had made.

According to claims from the executive, Swift made less than $500,000 last year. He would now like to know where the rest of the money has disappeared to. It turns out that the $500,000 was for domestic streaming, and the $2 million was international streaming.

While Swift’s record label fires back at Spotify, there are more artists standing by her. Jason Aldean also made the decision to pull his music off the service. It was a shock for many, who found that while his country album received over 3.04 million streams, it also sold extremely well. It was number one, even though people could stream it online, suggesting that Spotify and other similar services are not ruining the music industry.

Aldean spoke out about his decisoion, and said that he had to do what felt right to him, and that was not having his music on Spotify. However, while being an artist, he is also a business man and keeps an eye on that part of the scene.

There is also a case of music sales dropping, despite Aldean’s doing well. More users are looking to Spotify, SoundCloud and other streaming services. This is something that Swift worries about, because it means that musicians are not being paid for their work. It turns out that she means they are not being paid what she believes is enough.

Spotify pays between 0.006 and 0.0084 cents for each song played. That is a low amount, until people consider just how many times those songs are played. Individuals will listen to a track multiple times, so artists are being paid each time one person listens to their track. That does not happen with album sales. A person buys it once, and that is all the money an artist gets from them for that album.

It is a difficult decision for many artists. They want the promotion but also want the sales. While Spotify says it offers that, Swift’s record label has fired back for a discrepancies in the earnings.