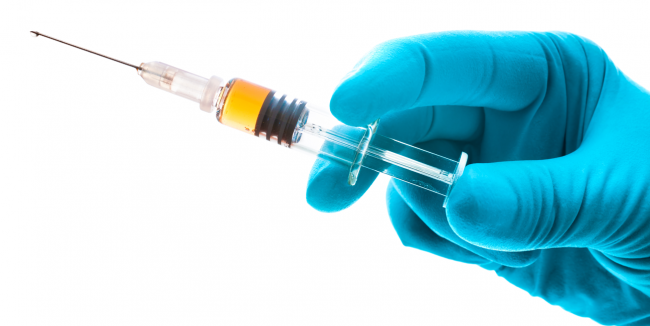 Dr. Wahome Ngare,  a Gynaecologist and Obstetrician, has recently written about the World Health Organization (WHO), along with UNICEF sponsored tetanus vaccines that are allegedly laced with Human Chorionic Gonadotropin (HCG). Tetanus is a disease that cannot be cured, it attacks the body generally through open wounds. Most of the publicly available vaccines are clean and not laced with anything other than what it is said to have in it. This does not seem to be the case world-wide, and it has doctors and faith-based private health care systems up in arms.

The vaccine in question is the one that was launched in October of 2013 and is said to be a preventative action against tetanus. This particular campaign is targeting females as young as 14 to those of 49-years of age, which just so happens to be a woman’s natural years for which to bear children. This initiative is targeted at specific areas around the country, 60 areas to be accurate. Kenyan doctors have been questioning this immunization policy, as the women and girls have received three rounds of the drug so far.

Should these females be asked to take two more doses it reflects not the norm, but is outside of the recommended usage of this vaccine. Tetanus has never been given in five doses except when it is used to regulate the fertility of the recipient, and is laced with HCG, which is a hormone found in pregnancy. This type of vaccine was developed in 1992 by WHO. Giving this type of vaccine over a period of a couple of years will cause the women that were immunized to reject subsequent pregnancies. This could lead to multiple abortions of the fetus which could then lead to sterility.

This type of thing has happened in the past, in 1993 in Mexico and the Philippines in 1994, where the same age groups of women were targeted and received 5 doses of this vaccine under the guise of eliminating the possibility of tetanus where it most often starts, in the womb. The biggest sin according to the doctors of Kenya is that these women are not told that this vaccine is laced with HCG or what the effects could be to their reproductive systems.

Because of the similarity to WHO vaccine campaigns of the past, the Kenya Catholic Doctors Association became alarmed that this was happening again. They went to the Ministry of Health requesting the tetanus vaccine be tested for the presence of HCG before it was administered again. They were turned down, and ended up doing their own investigation by getting an actual vaccine being used on the women during the campaign in March of this year. They had the vaccine tested and it did indeed test positive for this drug that has been used for population control, by sterilizing women unknowingly. The doctors brought this information to the Health board and they were once again dismissed.

WHO has been challenged by this information before and have fought vehemently using excuse after excuse, jumping from one defense to another as they are disproved by the medical community. The most this group has ever admitted is that some of the vaccines may have been contaminated by HCG. The catholic church runs many health institutions in Kenya and have one of the largest global health care networks in the country. They speak with the authority of their doctors that have been working with Kenyans for over a century, and being a faith-based private health provider they are seeking answers to protect the people of their country.

3 Responses to "Tetanus Vaccine Laced With HCG Conspiracy or Truth?"