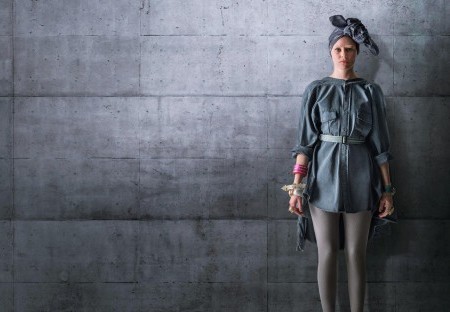 The Hunger Games Mockingjay Part 1 may be slow, but it is a necessary chapter in the onward march of Katniss Everdeen and the ongoing tale of revolt in Panem against the Capital and President Snow. The film ended its first weekend with very impressive box office figures which, despite reports of Lionsgate’s stock falling in value, show how well this slower paced episode in the long story of The Hunger Games has performed.

Sequels, even ones that are part of the long process of telling an epic story, like The Hobbit, Lord of the Rings, et al, do have varying degrees of success at the box office. This third section of the Suzanne Collins popular tale of a dystopian world that has a teenage girl as its presumed saviour matches the storyline of the books. Katniss Everdeen as a character annoyed quite a number of fans who fell in love with her initially. Through no fault of her own, it was really down to Collins’ plot, Everdeen lost a lot of traction in the heroine stakes in the trilogy’s run up to its climax.

Many who read the three book tale also “fell out of love” with the story around the same time. Mockingjay Part 1, in The Hunger Games runs parallel with the written verse where everything slows down. However, in the screen version, Katniss does not vacillate quite so much and she does make her decision to become the face of the rebellion much quicker in comparison to the books. Things often change when adapted for film and in this case, Ms. Everdeen is not as annoying as she was in the written verse but, the tale is slow at this point and it is, unfortunately, necessary for the overall story arc.

Experts are claiming that Lionsgate has overshot themselves as the domestic box office figures have not met studio, and experts’, expectations. Due to The Hunger Games, one and two, pulling in $150 million each on their openings, it was considered fait accompli that this third film would take in the same amount on its opening weekend. Some have claimed that even though the world wide opening figures for Mockingjay Part 1 has exceeded $151 million, the domestic take of $123 million is an ill omen of, not just, the third segment, but of the film business in general.

This over reaction to the “low” box office in the buildup to the finale of The Hunger Games, is the sort of Chicken Little reaction that has been pervading Hollywood for the last two years. The truth is, that this portion of the Katniss Everdeen tale is slow. There are no Tribute fight scenes, just more of the Capital’s necessary evil, there is nothing like a great villain, where President Snow continues his personal crusade against Katniss and Peeta. When the first two films of the franchise have so much in terms of action and story, it is hard to be the third episodic tale which has to take the time to set up the climax of this brilliant tale. Takings will be lower just based on the lack of overall excitement in this piece of The Hunger Games: Mockingjay Part 1 puzzle. Regardless of the lack of Tribute blood, the film is still head and shoulders above its peers and Lionsgate stock will surely recover.