The Simpsons and Futurama Crossover Better Than Family Guy One? [Spoilers] 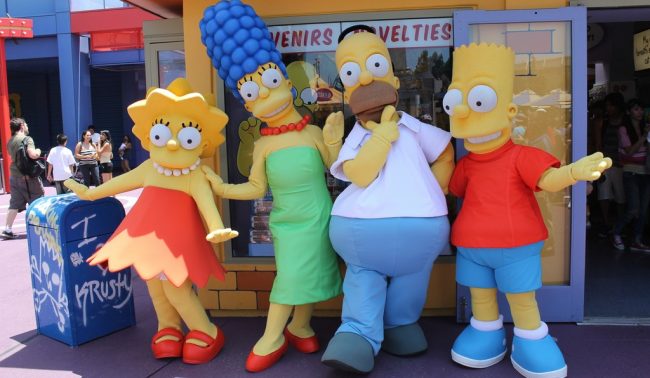 Many critics claim that the crossover between The Simpsons and Futurama was better than the one with Family Guy. Either way, both did extremely well in bringing two cartoons together that are popular with similar audiences. The only one missing from the mix now is American Dad.

Futurama was always designed to take on The Simpsons, but that never happened. Family Guy did it, with its similar layout of an overweight man with housewife and three children. The difference for Family Guy was that Stewie could talk, although it is still unclear whether only Brian, the talking dog, understands him.

Futurama took a different focus and became a comedy of its own. While it has continued to do well, it has not done as expected. That did not stop the executive producers getting together and doing a crossover episode.

One of the major changes to this crossover is that it screamed Futurama. The creators of The Simpsons gave its once attempted rivalry show the change to take control of the episode, and it appeared to be Homer and his family visiting, despite being set in Springfield in the present day.

There was only half an hour to sit through, which meant the crossover got straight into the meat of the episode. The problem for the Family Guy episode is that it needed enough to spread out for the hour. That is longer than any of the cartoons, and can end up leading to boring TV. It could be why the crossover between The Simpsons and Futurama seemed better than the one with Family Guy. However, considering the way the characters go to the future, it is possible that the hour-long feature could have been beneficial.

On the other hand, the episode was a dull one compared to previous episodes of all TV shows. Adding the Bender, Leela and everyone else into the world of The Simpsons seemed forced. It was almost a Halloween special rather than a regular episode. There was a feeling that the writers were trying anything and everything for a reason to put the characters together.

Then, unlike Family Guy, there were not the great character pairings. Homer and Peter were written to be so much alike that they worked together well on the screen. While Homer and Bender worked well, there was not the strength with the other characters, especially Marge and Leela. Lisa and Professor Frink was another disappointment, and that pairing could have been epic considering Lisa’s smarts and love of learning.