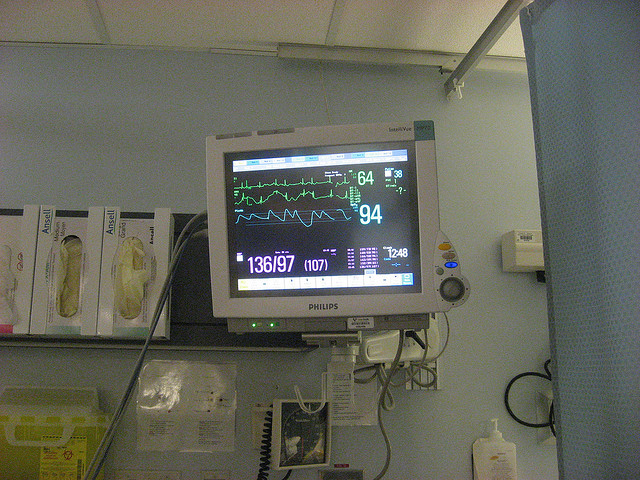 A woman in Florida is considered a walking miracle after astonishing doctors in late September.  She resurrected just as doctors were about to stop the hours of heroic lifesaving measures and call the time of death for the new mother. Ruby Graupera-Cassimiro suddenly collapsed after a successful C-section to deliver her first child, a daughter, and went more than two hours without breathing. For the last 45 minutes she was without a pulse while doctors and nurses worked tirelessly to revive her with chest compressions and defibrillators. They were preparing to call the family in to say goodbye when the impossible happened, leaving medical professionals at a loss to explain, other than to call it “divine providence.”

The Deerfield Park woman’s unexpected heart failure was due to a rare amniotic fluid embolism. This is a serious condition in which the uterine fluid flows into the mother’s bloodstream and reaches her heart, causing a vacuum effect that stops circulation. The condition is sudden and unpredictable, often not diagnosed until the mother’s death. Doctors are hard put to cite the odds of Ms. Graupera-Cassimiro’s survival, saying only that revival after 45 minutes without a pulse is almost unheard of.

After hours of lifesaving procedures, all hope lost, doctors called in the woman’s grief-stricken family to say goodbye. Her devastated husband, mother and sister hugged her and cried for God to intervene even yet. After leaving the room with Nurse Julie Ewing, both the nurse and the family went to their knees, holding hands and praying for a miracle. Meanwhile in the operating room, doctors were about to record the time of death when the heart monitor began to blip just as suddenly as it had stopped. Astonished, Nurse Claire Hansen hurried to give the good news to the family, urging them to keep praying as screams and tears of joy filled the room. Her sister bolted into the operating room to see the truth for herself. Ewing declares it was nothing less than a miracle from God, an answer to prayer with many witnesses to verify the woman’s resurrection.

The resurrected woman did not immediately realize what had happened, believing that she was waking up after the surgery. She did not understand the urgency in the voices telling her to open her eyes. Not until she saw her family crying and relatives that had joined them from Miami, did she realize that something had gone horribly wrong. She relates what she thought at the time was a dream of her late father telling her it was not her time because she was needed and had to go back. Later, it occurred to her that the experience was not a dream but an encounter with life after death. When obstetrician Dr. Michael Fleischer who delivered her daughter, Taily, was removing the breathing tube, the new mom told him that dying was nothing to be afraid of.

Although she remained hospitalized for a few days, the woman returned home less than a month after her clinical death without a trace of side effects. Doctors continue to be astonished at the lack of complications, as she exhibits no sign of reduced brain function that would normally follow the extended loss of circulation; nor shock burns or bruises from the chest compressions. Hospital spokesman Thomas Chakurda confirms that she is the “picture of health” today. Ms. Graupera-Cassimiro expresses bewilderment at being given a second chance but is of course, very grateful for the opportunity to remain with her family and raise her new daughter. Boca Raton Regional Hospital president Dr. Anthony Dardano marvels that in all his years in medicine, he has rarely seen anything that is truly unexplainable or miraculous, but the news of this woman’s spontaneous resurrection defies other explanations causing his scientific mind to admit the possibility of something beyond science going on here.