By Chanel van der Woodsen on December 4, 2014No Comment 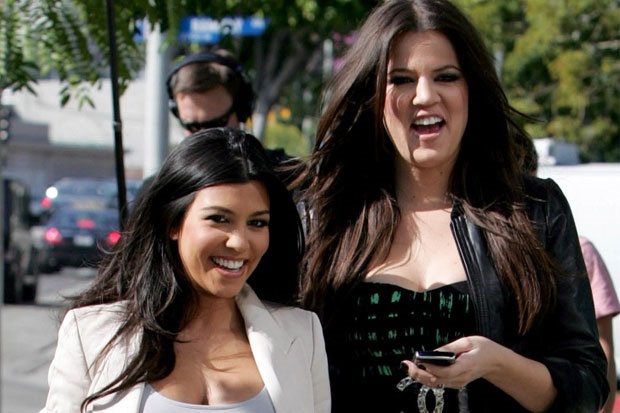 A Chinese homeowner, who has gained such notoriety in in the real estate business that he has been garnered the nickname ‘The Asian Ryan Seacrest”, has launched an all-out lawsuit against his realtor for allegedly allowing his home to be used in a taping of Keeping Up With The Kardashians without his permission while he was away from America for the first six months following his purchasing of said residence. As well as the realtor committing what he refers to as the crime of aiding a trespass, he is also furious at the youngest clan sister Khloe for trashing the house’s feng shui on national television, saying that its bad energy was one of the reasons she did not want to live there.

Jianxiang Huang and his wife Li Weihong purchased the home back in 2012, with its location being right beside 35-year-old Kourtney Kardashian and long-time partner Scott Disick. The residences in question lay in the highly coveted gated community of Calabasas, California, where more than one A-list star resides in order to better maintain their privacy person security. Huang says he instructed his realtor to keep the house vacant prior to the couple’s return to the country, and to make sure the home stayed in a reputable state despite its lack of occupancy.

This arrangement, however, is said to have gone south during a filming for the seventh season of Keeping Up With The Kardashians, which occurred in January of the aforementioned year. One of claimant’s other neighbors informed him shortly following his August return that his home had been featured on the E! reality show, an instance which Huang says explains the state of disarray the residence was in upon his return to the country. In the legal documents filed in question, the man claims that there was more than one thing out of place in terms of the house’s cleanliness and neatness; the bowls in the kitchen were allegedly stacked haphazardly, there was oil on the backsplash, and salt/pepper shakes had reportedly been significantly used. Not only that, but the homeowner also claims that there was a pair of slippers detailing someone’s support for the Pittsburgh Steelers located in the closet.

Huang says the worst part of the ordeal is when approximately two million viewers worldwide watched and listened to Khloe Kardashian flat out diss the energy of the home, expressing her discontent to sister Khloe that the residence had bad feng shui despite the older sister’s original claims that it did not. He is reportedly suing for a wide array of charges regarding the alleged use of his house without his permission, although anything other than the aforementioned aiding & abetting a trespass has yet to be known. It is only the realtor, however, that is being involved in any sort of legal matter. The Kardashians are said to be being left out of the lawsuit, as they reportedly had no idea that the house was not to be inhabited until the original owner returned from his trip.

It remains to be seen what will come of the recent lawsuit filed against a Los Angeles realtor for allegedly allowing the two of the Kardashian sisters to enter a Chinese homeowner’s residence without his permission and subsequently leading ot the trashing of the home’s energy on national television. Neither the realtor nor the sister’s themselves have commented on the matter thus far.